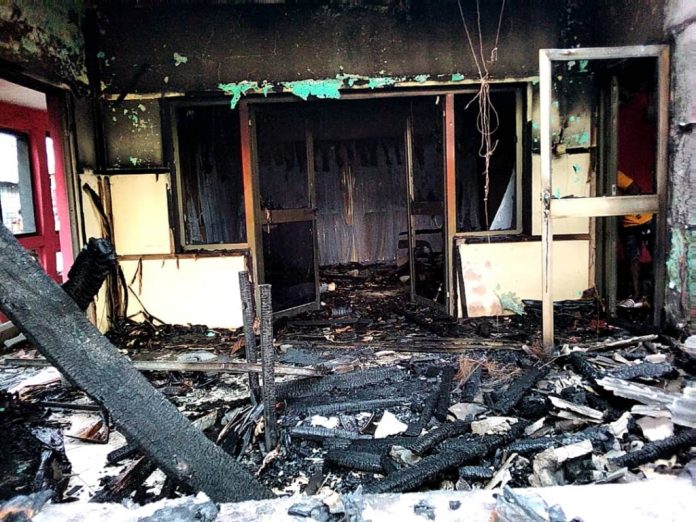 Nine persons have been arrested, by the police, at Teshie, in the Greater Accra region, following a chieftaincy dispute which resulted in a violent clash in the area.

One person is said to have sustained gunshot wound, in the leg, following the clash between two factions in the chieftaincy dispute in the area.

On Thursday,5 August, the palace of the Teshie Chief Priest, also known as the Wulomo shrine was razed down by fire.

All properties in the shrine have been destroyed leaving more than 50 persons who resided at the shrine displaced.

Secretary to the Osabu-AyikuWulomo, John Adjetey Kommey says he suspects arson; allegedly undertaken by persons involved in a chieftaincy dispute.

He explained that there was a clash between two Teshie groups; the Mantse and Shikitele after embarking on a fishing expedition to mark the harvesting of fish.