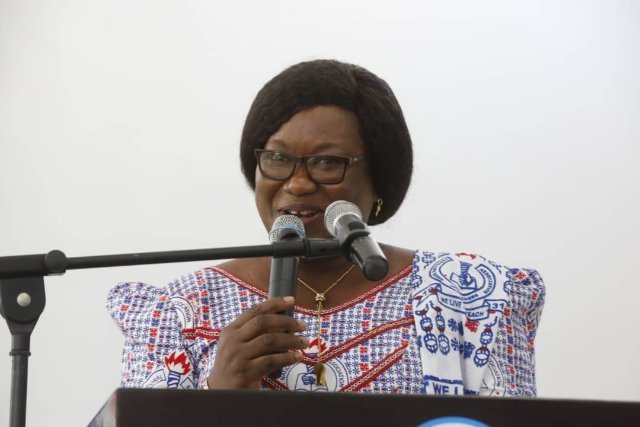 The Ghana National Association of Teachers (GNAT) has rejected the recent upward adjustment of salaries for public sector workers pegged at four and seven percent for 2021 and 2022 respectively.

“That is not what we expected. The ongoing discussions on various social media platforms indicate clearly that workers are understandably unhappy with the outcome of the negotiations,” National President of GNAT, Ms Philippa Larsen, said.

She was speaking on Thursday during the opening session of the sixth Quadrennial Eastern Regional delegates’ conference of GNAT, which was themed: [email protected] surviving as a reliable and vibrant teacher union in the 21st century – teaching the journey, explicating the essence and examining the prospects.

Ms Larsen said, “We are not happy either. We had to settle on the relatively low rates of increments reluctantly after intense negotiations spanning many weeks.”

She also said the association’s leadership were so sad and that explains why they could not muster courage to inform members about the outcome of the negotiations with the tripartite committee.

“I am sad, all leaders are so sad and that is why we didn’t have the courage to disclose the initial outcome of the negotiations to you,” she said.

She noted that the current system of remuneration in the country’s public sector was not fair and that it only favoured some categories of office holders, saying, “And we are not going to agree. We will not agree to that”.

She called on President Nana Addo Dankwa Akufo-Addo to intervene swiftly, otherwise there would be no industrial harmony in the coming days, insisting, “Otherwise there will be no peace and the country will become ungovernable”.

“For industrial harmony in the country, the four and seven percent, we are never happy,” she added.

She urged the president to initiate a process towards the establishment of a commission made up of experts from various fields to advise government on salaries for all jobholders in the public service to guarantee fairness.

“After all we all go to the same market and there should be fairness in the salaries of all public sector workers,” she stressed.

Ms Larsen also urged the Ghana Education Service (GES) to continue to work on all outstanding issues of teachers such as promotions for industrial peace and harmony.
“We have a lot of unresolved issues and we called on the GES to factor in concerns of teachers, otherwise we will not agree and before the close of the week, they are going to hear from us,” she added.

He said Government was ready to implement a robust education policy and entreated all stakeholders to support it.

He also promised to convey concerns of the teachers to the President, saying, “I will certainly make sure all your sentiments expressed will be carried to the Education Minister and the President”.

Mr John Appoh Selby, Eastern Regional Chairman of GNAT, called for the need for teachers to be adequately remunerated, cautioning that, “a frustrated and ill-motivated teacher is a virus in the knowledge dissemination chain”.

He said the title “teacher” brought with it huge responsibilities that did not appear in most job descriptions.

“The teacher is charged with that exclusive function of sculpting young minds and preparing young people for positive, active and productive participation within the community.”

GNAT is considered as the largest teachers union with more than 230,000 members countrywide.