The Evangelical Methodist Church International has dissociated itself from comments made by Apostle Dr. Daniel Adjei, the head pastor of its Asylum Down branch in Accra, with regard to tithing and offertory when the latter participated in the #FixTheCountry protest on Wednesday.

In an interview with Citi News during the #FixTheCountry protest in Accra on August 4, 2021, the pastor lamented that the rising unemployment in the country has led to the inability of some Christians to give offerings and pay their tithes in church.

According to Daniel Adjei, the situation is worrying and that compelled him to join the thousands of Ghanaians to hit the streets in protest against the poor standards of living.

He said his church members are broke because there are no jobs.

“This demonstration is a peaceful demonstration. We are not going to destroy any state property. We are not against NDC or NPP, but we are against the bad leadership of this nation. These days our church members cannot give offerings or pay their tithes because all our members are broke. There are no jobs in this nation that is why I have joined this demonstration,” he said.

But the Evangelical Methodist Church is unhappy with the pastor’s comments, which has went viral on social media.

The church in a statement said his utterances do not represent its position.

The church also noted that it advocates for change of mind through “education and not public demonstrations.”

“The Evangelical Methodist Church has built a school, and given back to the society and among others. We want to set the record that the finance of the church does not rely on tithes and offerings,” it stressed.

It urged all concerned to disregard those “loose” utterances as “they do not represent the position of the Evangelical Methodist Church.”

The statement also indicated that the pastor’s association with the church is under review. 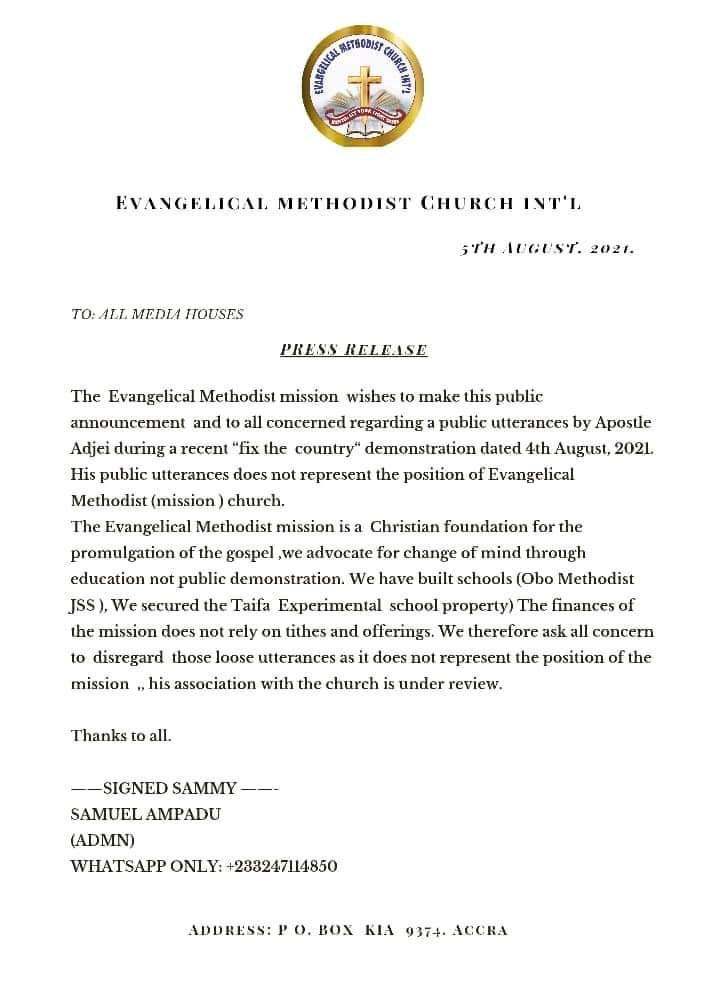