“You have brought peace to Dagbon, we will support you” – Ya-Naa to President Akufo-Addo 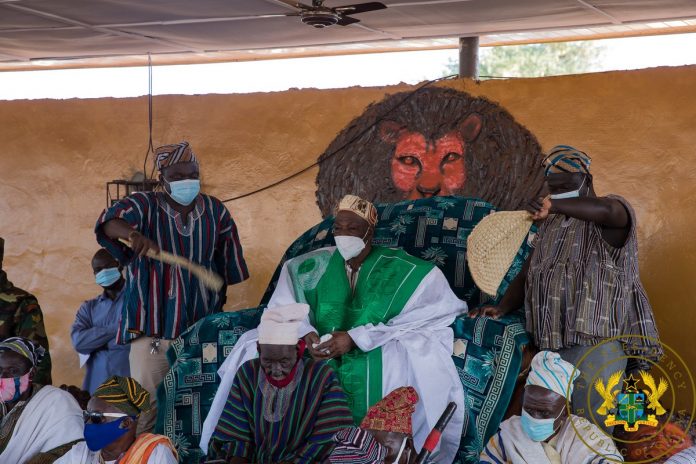 The Overlord of Dagbon, Ya-Naa Abukari II, says the outstanding leadership qualities exhibited by the President of the Republic, Nana Addo Dankwa Akufo-Addo, has brought peace to Dagbon, and repositioned the ancient kingdom onto a path of accelerated development. 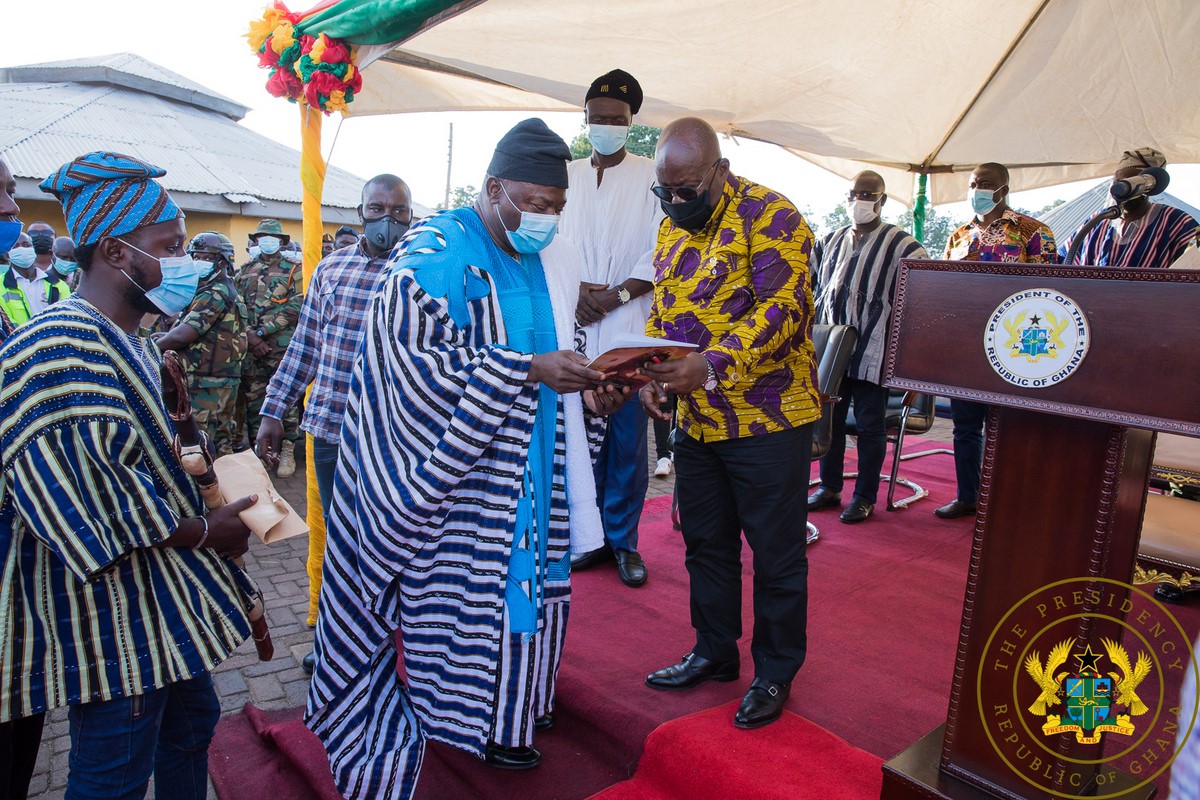 Receiving the delegation at the Gbewaa Palace in Yendi, on Friday, 6th August 2021, at the beginning of the President’s two-day tour of the Region, Ya-Naa Abukari II stated that “the ability to facilitate the performance of the Kingdom’s landmark funerals, leading to his enskinment, is a singular achievement that has won you (President Akufo-Addo) great trust in the minds of Ghanaians and Dagombas to be precise.”

As a result of this, the Ya-Naa assured President Akufo-Addo that, “the Gbewaa Palace will look forward to work with you in your second term to address the few remaining security threats to the Dagbon Traditional State. The Dagbon State, under my leadership, will continue to support your government to succeed and provide quality and principled leadership for our Region and country, to make Ghana a better place.” 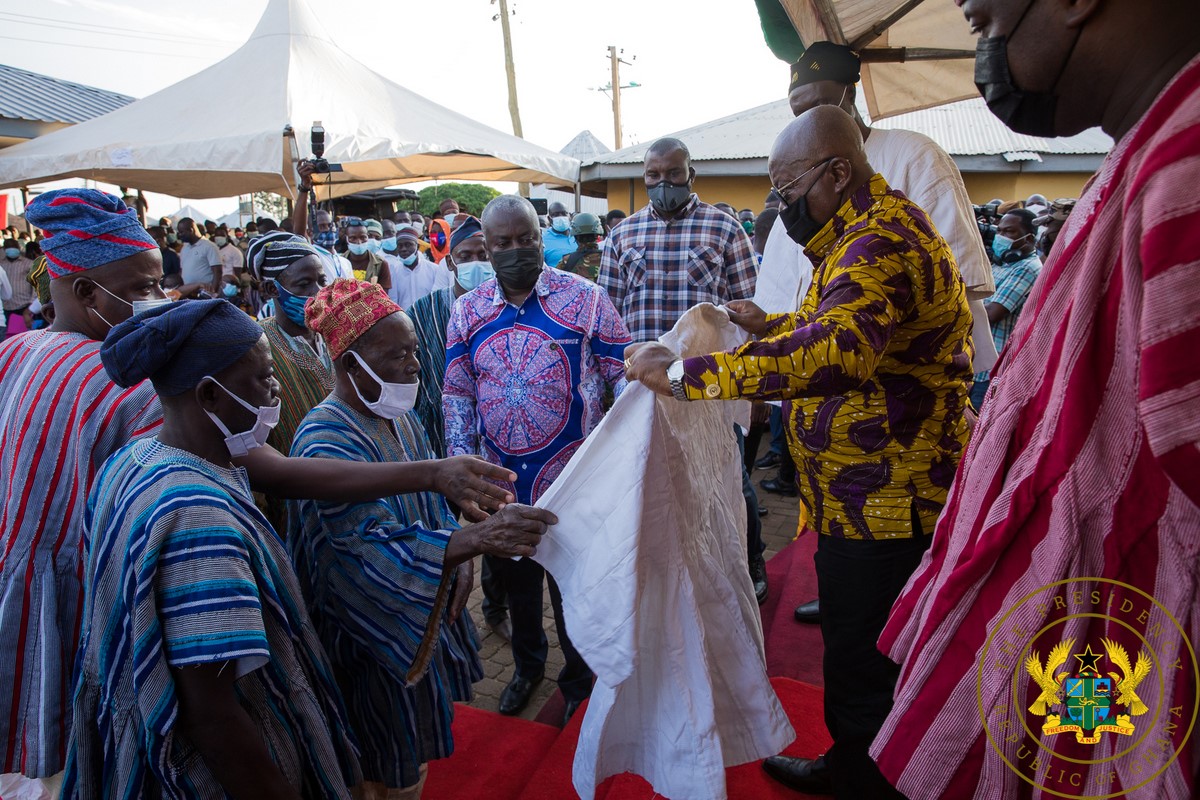 Naa Abukari II recognized that “despite the fact that certain individuals continue to undermine your efforts through spoiler behaviours and machinations”, he noted that the Dagbon Traditional Council has put together a development fund, highlighting key socio-economic development areas, to enable Dagbon unleash its economic potential for the general economic development of the Kingdom.

Commending the President for his strong leadership during his first term in office, which have culminated in the implementation of many flagship programmes, from Planting for Food and Jobs, Free SHS and One-District-One-Factory programmes, “these people-centred policies and programmes have won you the admiration of many Ghanaians.”

Whilst commending Government for the $30 million Yendi Water Supply Project, he appealed to President Akufo-Addo to urge the appropriate relevant water sector agencies and contractors working on the project to speed up the process to end the water crises in Yendi.

Towards helping to end the water crisis in Yendi, the Ya-Naa applauded the efforts of Member of Parliament for Yendi constituency, Hon. Alhaji Farouk Aliu Mahama, “for his great and timely intervention in the supply of potable drinking water through the construction of boreholes in some parts of the constituency Eastern Corridor Road.”

Towards combating the threat of desertification, the Ya-Naa indicated that “I personally have an initiative on afforestation dubbed “Naa Bukali Green Dagbon Project” which I intend to roll out. This project shall not only help in making Dagbon Kingdom Green again but also help in greening Ghana in general.” 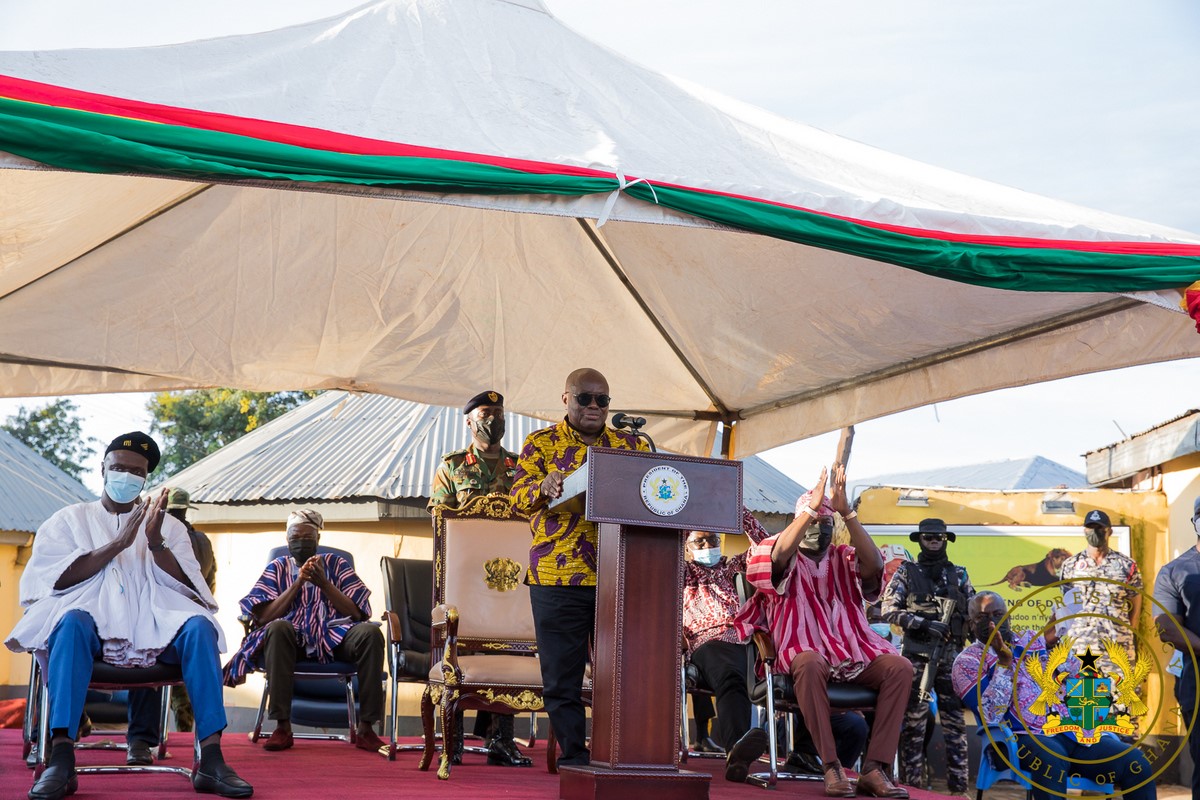 On his part, President Akufo-Addo thanked the Ya-Naa for the warmth of his reception, adding that “it is a matter of great delight for me to see you sitting on this ancient skin over a united Dagbon. It is something that we have dreamt about for years, but today it is a reality.”

He thanked the Ya-Naa for the work he has done in promoting reconciliation in Dagbon since his enstoolment as Overlord of Dagbon, and also expressed his appreciation for the support given him and the New Patriotic Party in the December 2020 elections. 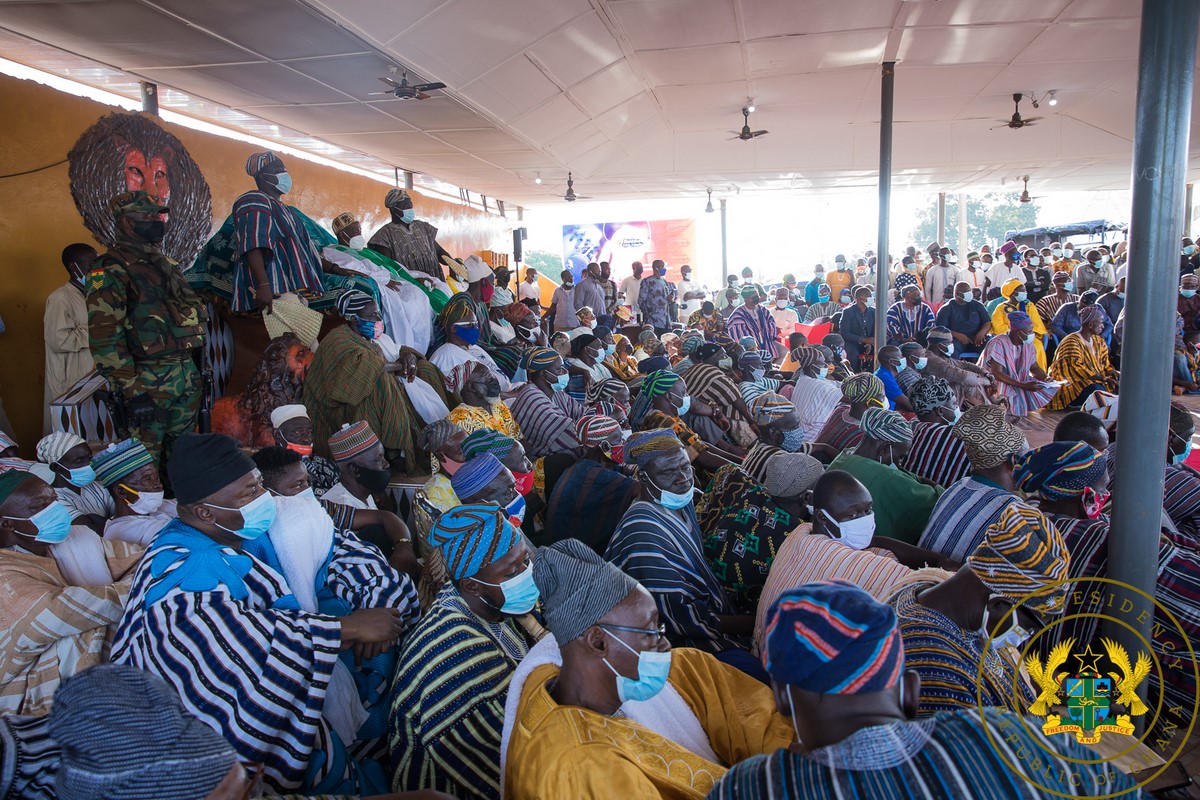 To this end, he told the Ya-Naa that he has taken the decision to appoint the MP for Yendi. Hon. Farouk Aliu Mahama, as Board Chair of the Ghana Integrated Iron and Steel Development Corporation, which has been established to oversee the exploit, develop and transform the iron ore deposits in Sheini and Oppon-Manso.