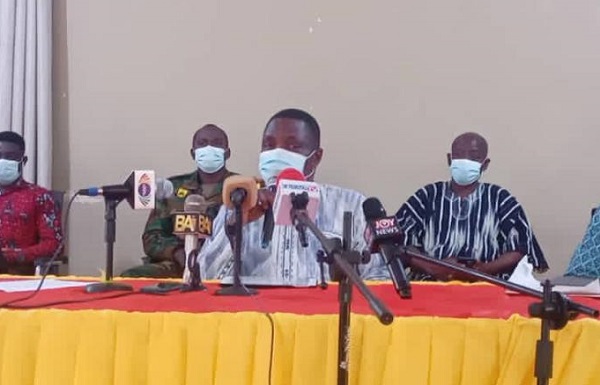 The Bono East Regional Security Council (REGSEC) has declared the Coronavirus a security threat in the Region.

The declaration comes in the wake of a steep rise in cases in the region with active cases shooting up from 76 to 200 between July and August.

The Bono East Regional Minister and Chairman of the REGSEC, Kwasi Adu Gyan made the declaration when he addressed journalists at Techiman.

GBC’s Correspondent John Sam-Arthur reports that the Bono East Region has seen a sharp increase in its Covid-19 case count in the last three months. Cases which were in single digits in June have now shot up to more than 300, as at the end of July.

Addressing Journalists at Techiman, the Bono East Regional Minister, Kwasi Adu Gyan, said two weeks ago, he expressed concern at the rate at which Covid-19 cases were increasing.

He also said at that meeting, he warned that if the surge continued, the Pandemic will be treated as a Regional Security threat. He regretted that the time had come and “Bono East had to be declared as a Corvid19 Hotspot’’. 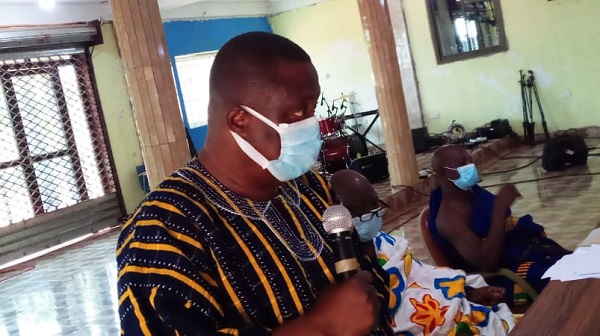 Between March and December, last year, the Region recorded 768 cases. But, this year from January to July 1,013 cases have been recorded, with active cases climbing to 200 from 76 between July and the first week of August.

The Bono East Regional Minister reminded everyone of the Covid-19 preventive measures as put out by President Akufo-Addo and called for strict adherence.

Mr. Adu Gyan noted that enforcement by the Security Agencies alone will not suffice. He called for collective action, particularly from the religious and traditional leaders.

Check Out The Lavish Lifestyle Of Ghanaian Player Thomas Partey