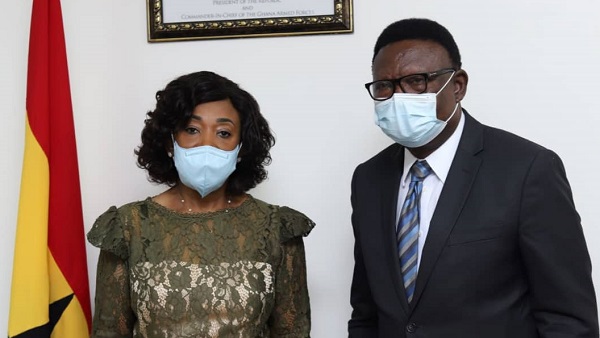 Government has taken steps towards creating an enabling environment for the National African Peer Review Mechanism, to carry out its mandate, which includes the assessment and review of governance in the country in order to promote political stability and economic growth.

This came to light when the Acting Chairman of the National African Peer Review Mechanism’s Governing Council (NAPRM-GC), Most Rev. Prof. Emmanuel Asante, lead a delegation to pay a courtesy call on her in Accra.

Madam Ayorkor Botchwey gave assurances that the reconstitution of the Governing Council will be completed soon.

“Government has already taken steps to increase the Council’s membership to seven (7), as required by H.E. the President and provide the needed accouterments to enhance the performance of the Council’s work.”

She emphasised, “Government is determined not to overstretch the current three (3) Council members in view of the Country’s targeted review and express hope that the Council will have its full complement before the start of the review process.”

The Acting Chairman of the National African Peer Review Mechanism’s Governing Council (NAPRM-GC), Most Rev. Prof. Emmanuel Asante earlier detailed the reasons for the meeting, which was to “discuss the expanded mandate of the Governing Council with its attendant need for increased resources and to review the situation of shortage in the Council’s membership vis-à-vis the country’s plan for a targeted review among others.