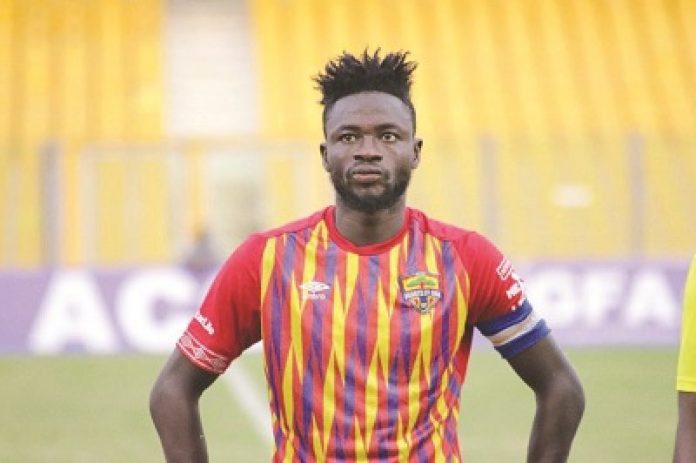 Fatawu Mohammed, Captain of Accra Hearts of Oak remains confident the club’s success in 2020/21 season will spur the team on to lift 2021/22 Confederation of Africa Football (CAF) Champions League.

Hearts of Oak won the 2020/21 Ghana Premier League, MTN FA Cup and automatically declared the Super Cup champions per the Ghana Football Association’s (GFA) regulations to end the season treble winners.
After beating Ashantigold 8-7 on penalties after 120 minutes of goalless scoreline at the Accra Sports Stadium yesterday, the Phobians clinched its 11th MTN FA Cup title.
Mohammed told the GNA Sports that, the team’s success in the season would push the club to clinch the Champions League trophy they last won in 2000.
He said, “We had a bright season and as players, we believe we are capable of making Ghana proud in Africa. We would continue to work together as a team to achieve it”.

Mohammed, who led Hearts of Oak to its treble win, this year said it would take hard work, commitment and determination to achieve their target.