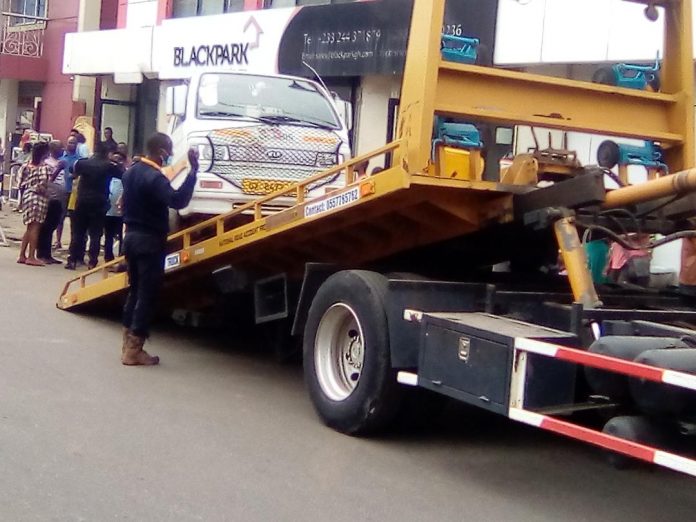 The Accra Metropolitan Assembly (AMA), in collaboration with the Motor Traffic and Transport Department (MTTD), of the Ghana Police Service, has arrested about 35 drivers in Accra for unlawful parking.

The arrest was caused on Monday, August 9, 2021, along the street from UTC to Timber Market in the Central Business District of the metropolis to decongest the stretch for free flow of traffic.

ASP Richard Nyarko, in charge of Operations at the Central MTTD, in an interview with the Ghana News Agency, said the exercise was to rid that portion of the road of unnecessary traffic. 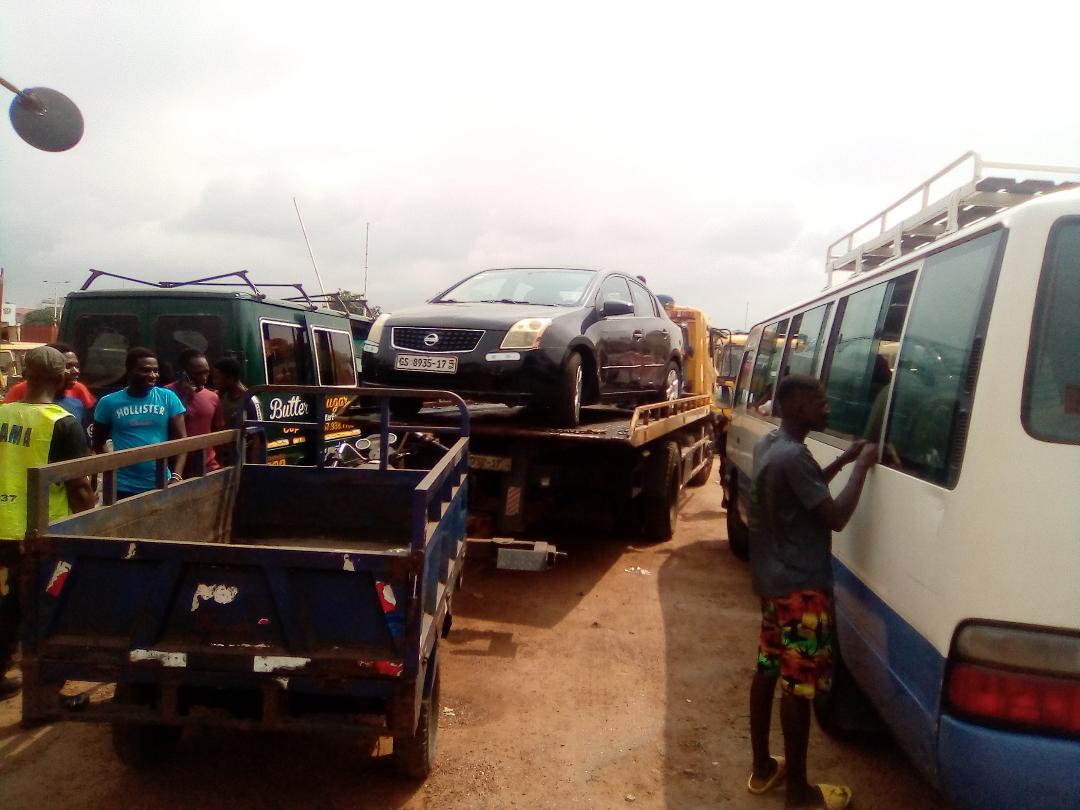 “We targeted vehicles that have parked unlawfully at both sides of the road as well as abandoned cars and those that have turned the pedestrian walkways into loading points,” he said.

He said the drivers would be put before the La Motor Court. On concerns raised by some of the drivers of paying parking tolls to alleged AMA contractors for the of-street-parking base, ASP Nyarko said: “I don’t have any knowledge of the section being converted as of-street-parking.

ASP Nyarko said the road was notoriously known for continuous traffic all week round and make accessibility to an emergency response very difficult hence the exercise.

Mr Gilbert Nii Ankrah, the AMA Public Affairs Director, said: “What we are saying is that in as much that some portion of the road has been designated of-street-parking base, there are certain types of vehicles that are not supposed to park at the place.”

He said during the exercise some pickups, popularly called “Abossey Okai Matso,” were seen parked on the base, turning the place as a loading point and the drivers could not be found while other vehicles have been parked on the shoulders of the road, which had been a great concern for the Assembly.

Mr Ankrah stated that the Assembly has given trucks specific timing from 1800 hours to 0600 hours to off-load and that any truck found parked after the mandated time would not be allowed.

He said the allegation that some shop owners have bought some parking spaces for their clients/customers were false and that the Assembly would soon review all agreements concerning of-street-parking base to holistically sanitize the area.

Mr Francis Agyarko, Supervisor of Basic Security System Limited, the contractors of the AMA of-street-parking, said they had worked with the Assembly for four years and that the decongestion exercise came to them as a surprise.

“We think if there is an issue the Assembly should have discussed with us as the contractors before any action, but we don’t know anything. The operations came to us unaware,” he said.