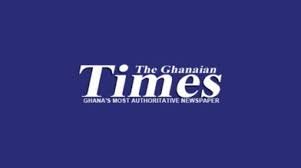 GHANAIAN TIMES: says the only way to resolve the impasse between UTAG and government is sacrifice. The paper says each party should pawn in some demands for them to reach a consensus to resolve the issue because even though they are the only two parties in the impasse, other stakeholders are affected. The paper urges them to think about students, their parents, and guardians and people whose livelihoods are affected. Since education is the key to every nation’s development and the universities happen to be at the pinnacle of such preparation, the Times appeals to the two parties that COVID-19 has dealt with the education system a blow that threatens its smooth progress, therefore stakeholders must consider sacrificing to help the situation rather than worsen it.

DAILY GRAPHIC: says the suggestion by a Fellow of the Ghana Institute of Chartered Economists, Dr Sam Ankrah that government opens door for companies, particularly blue chips and multinationals to import vaccines for their workers and their stakeholders as part of their corporate social responsibilities activities is in the right direction. It says this will help reduce the huge financial burden on the taxpayer in the bid to acquire vaccines. Again, it will help reduce stress on government to find the vaccines because these companies and multinationals can use their international contacts to access the vaccines for a good cause. While the Graphic urges government to relax the procedures as to who can import the vaccine under strict supervision, it also urges it to ensure that funds from the consolidated Fund used to procure the vaccines are used transparently for people to be abreast of the amounts being used in their name. The paper, therefore, urges government to make the vaccines available and rethink how to get them in large quantities through the right channels to save majority of people. Doing this the paper says will be better for the country because it needs to reach herd immunity.