Government has reiterated its firm commitment to the ideals and aspirations on which the Regional Maritime University (RMU) was established.

Mr Hassan Tampuli, the Deputy Minister of Transport, said government was, therefore, committed to ensuring the success of the University and would continue to provide the necessary resources to support its advancement. 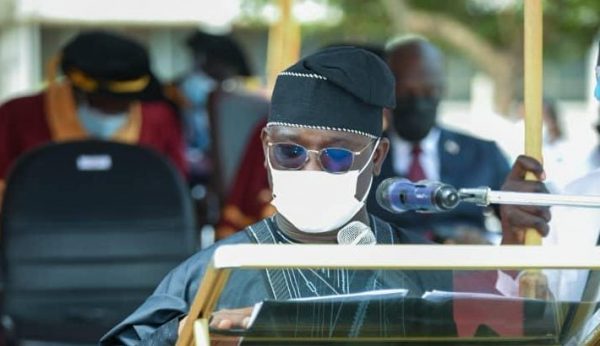 He was speaking at the opening of the 25th Board of Governors Meeting of the RMU in Accra.

The annual meeting is held to discuss the challenges, problems and solutions to help transform the University into a world-class institution.

Mr Tampuli said Ghana, since independence, had been at the forefront of efforts aimed at promoting the unity and integration of the African Continent.

He said government looked forward to strengthening collaboration with other maritime institutions to build the capacities of both technical and managerial staff of the maritime industry.

“Regional Maritime University epitomises the spirit of cooperation not only within the sub-region but also for Africa as whole,” he said.

Mr Tampuli said it was refreshing to note that over the years the Board had considered critically the challenges facing the University and had adopted strategies and plans that had resulted in remarkable levels of achievement.

Mr Jean Ernest Massena Ngalle Bibehe, the Chairman of the Board of Governors, commended the Government for embarking on the University’s modernisation project and also funding the library and the administration complexes.

Mr Bibehe, who is also the Transport Minister of the Republic of Cameroon, said he was optimistic that other Member States would take up the challenge of sponsoring similar projects of the RMU in the near future.

He said such efforts would strengthen the strong foundation of the transformation of the RMU into the enviable University that would continue to contribute to the development maritime development in the region.

Mr Bibehe said the Government of Cameroun had led a plan of action of ensuring that financial contribution were made on time and internet connectivity on the campus were improved among other things.

“The start of a maritime law programme in the RMU is very important for the development of maritime activities on the Continent,” he added.

Mr Bai Lamin Jobe, the Minister of Transport, Works and Infrastructure of the Republic of Gambia, said his country launched a National Scholarship Trust Fund in January 2021 to enable it to send more high school graduates to the University to study various courses in engineering.

He said the Fund had been able to support 10 students in the RMU and it was their belief that it would be the starting point to improving Gambia’s representation in the University.
He said this would also enable Gambia to build the capacity of the country’s human resource in the maritime industry.

Mr Jobe said the youth were the key to future development and governments must invest in them, adding that sending the youth to the RMU was one of such investments.