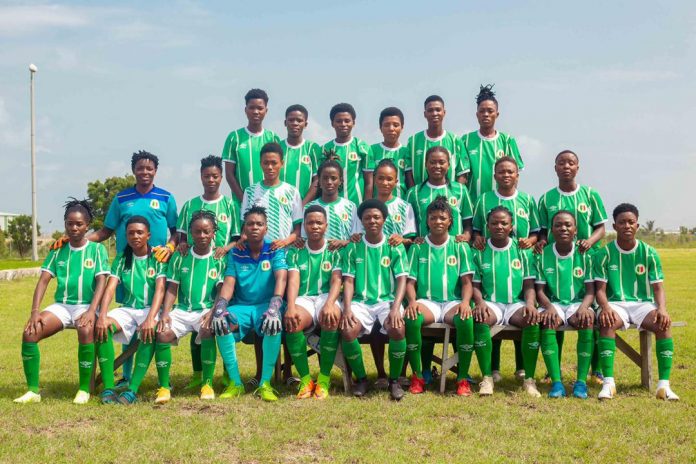 Hasaacas Ladies FC have returned home to a rousing welcome by fans and industry players after emerging champions at the maiden Zone B of the Confederation of Africa Football (CAF) Women’s Champions in Cote D’ Ivoire. 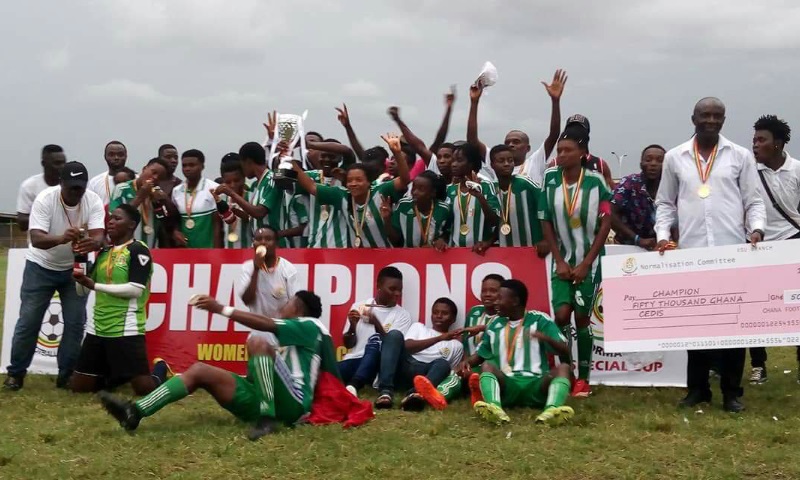 The Captain of the team, Janet Egyiri said their victory could be attributed to the massive support from fans especially.
She prayed for same support and prayers during the Egypt tournament.
Madam Adtain Nsiah Asare, the Chief Executive Officer of the Club expressed her profound gratitude to the executive, management and the playing body.
Mr. George Ansere, the Western Regional Director of the Ghana Tourism Authority (GTA) said he personally visited most training sessions of the team and was happy that their commitment had paid off.
He said the use of sports to promote tourism was key to the Ministry hence the partnership with the GFA.

The GFA settled on the Sekondi-based club after receiving a notification from the subcontinental football governing body, the West African Football Union – B (WAFU B) on submission of the name of the representing club by close of business, March 31, 2021.

Article 2 section 2.3 of the CAF Women’s Champions League 2021 Regulation permits the GFA Executive Council to decide on who represents Member Associations in the Champions League.

Hasaacas Ladies were champions of the GFA Normalization Special Competition, hence gaining the nod of the Association to play in the competition.
Sekondi Hasaacas Ladies FC is a professional women’s football club based in Sekondi Takoradi in the Western Region of Ghana.
The club features in the Ghana women’s Premier League The club was formed as a women’s club by Sekondi Hasaacas FC football management in 2003.

A Dog Can Bark..Abena Korkor Lashes Aplus In A New Post