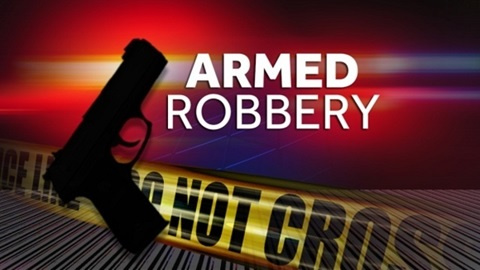 Police on Monday shot to death three armed robbers in a shoot out at Opeibea, near the Kotoka International Airport.

The three were identified as Akika Christian Roberts, Alhassan and Alhaji.

Abdul Latif, aged 47, and Prosper Koku, 27 years old, who were suspected to be accomplices of the gang, were arrested and put in Police custody to assist in investigations.

Bodies of the three deceased persons have been deposited at the Police Hospital Morgue for autopsy.

A statement from the Police, signed by Assistant Commissioner of Police (ACP) Kwesi Ofori, Acting Director-General, Public Affairs Unit of the Accra Regional Police Command, said intelligence available to the Police indicated that the gang planned to attack and rob a businessman who was to withdraw money from a bank around Airport.

It said the Police laid surveillance on the robbers and when they showed up, the Officers closed in on them.

The statement said Akika Christian Robert, who was armed with a Taurus foreign pistol shot and wounded a Police officer in the shootout but “succumbed to police firing power”.

It said the Police Officer, who sustained gunshot wounds in the right leg was in stable condition and currently receiving medical attention.

The statement said Police had retrieved one Taurus foreign pistol loaded with 27 rounds of ammunition.

The statement assured that the Police were determined to deal with street, residential and highway robberies throughout the country and that anyone who stood in the way of the Police would not be spared.