At their formal send-off, a retired producer/director of GBC, Mr. Oti Sarpong advised the students to be professional as they enter the job market.

The students went through the Film and Television Production Techniques course for five and a half months. 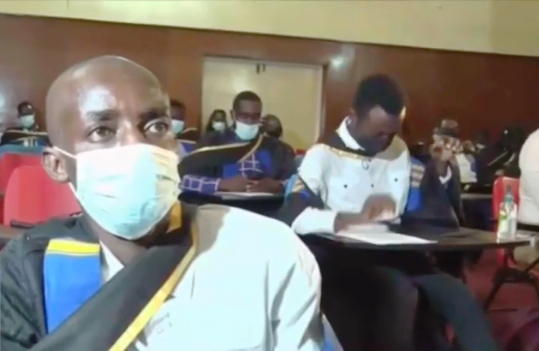 The Head of the Ghana Broadcasting Corporation, GBC’s Television Training School, Mr. Richard Delali Akpali reminded the students to remain focused and not give up on their life’s journey, under any circumstances.

A retired producer/director of GBC Mr. Oti Sarpong encouraged the students to properly use the acquired skills, since GBC is known for professionalism.

The Acting Director of Television Mr. Ebenezer Ampaabeng advised the graduating students to remain positive as they enter the job market.

The courses are designed for external participants who have little or no knowledge in film and television production.

Our staff have integrity, vaccine theft an isolated incident