The painful death of a 36 year- old man has set the people of Bronyibema, a town around Elmina into a great shock after they came across him hanging at the back of the Bronyibema School building.

A 36 year-old man has truly got the people of Bronyibema and Elmina shocked and sad after he was seen hanging at the back of the Bronyibema School building. According to some of the eye witnesses, the young man spent a lot of money on his girlfriend throughout her education, but the girlfriend decided not to marry her because he is not an educated person. This young man nearly got mad according to some of the eye witnesses who really know him.

The young man was suspected to kill his own girlfriend who got stubbed in some few months after telling the man to stay away. See photos as Elmina police even landed to take the man. 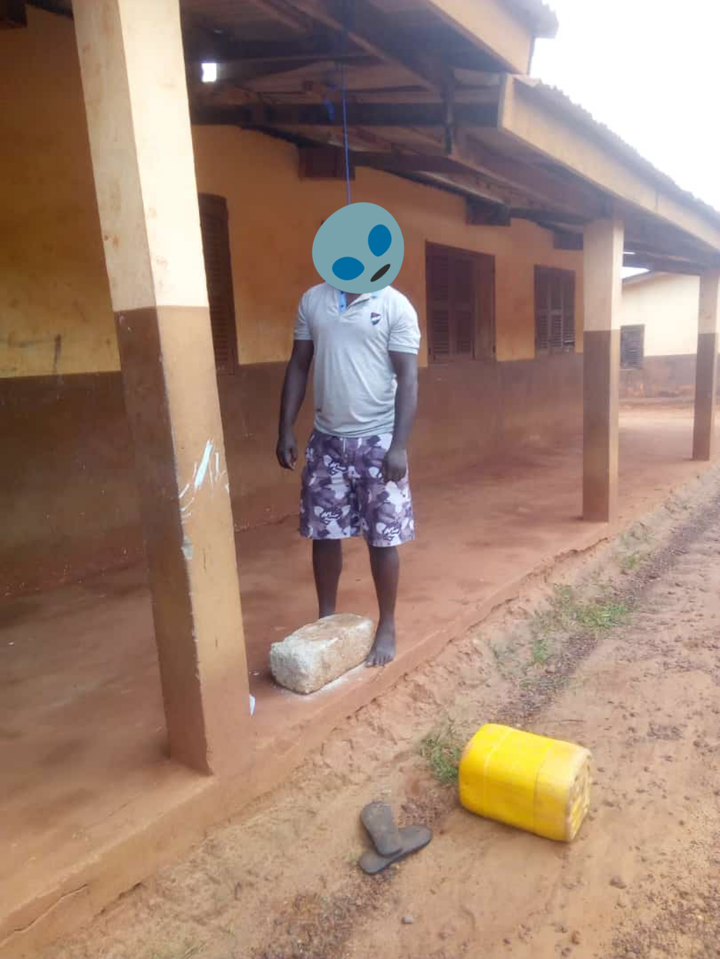