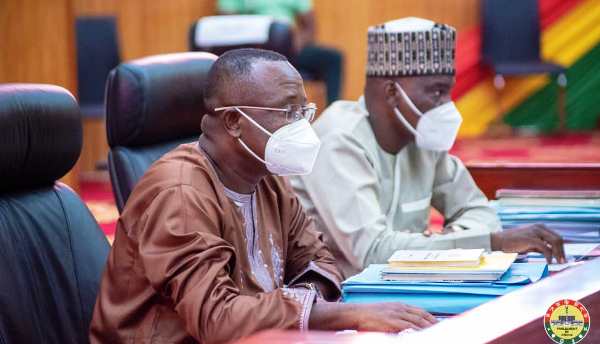 The First Deputy Speaker of Parliament and Chairman of the Appointments Committee, Joseph Osei-Owusu, has rebuked members of the NDC over claims that they had rejected the approval of some Ministerial nominees.

Mr. Osei Owusu insisted that no member or group on the committee has the power to reject any nominee.

According to him, the Committee can only make recommendations for a decision to be taken by Parliament.

There are claims that the NDC MPs on the Committee had unanimously rejected the approval of some ministers-nominees. The said nominees include Kojo Oppong Nkrumah, the Minister for Information, Hawa Koomson, Fisheries and Aquaculture and Dr. Owusu Afriyie Akoto, Food and Agriculture.

But according to Mr Osei Owusu, the committee has no such powers. He thus urged members on the committee to abide by the rules of the house. He made these comments at the vetting on Tuesday, March 2.

Mr Iddrisu said members of the Minority Caucus on the Committee have not rejected any of the President’s nominees as was previously reported.