The biodigester, constructed to use waste to generate energy and produce fertilizer is funded by the Global Challenge Research Fund through UK Research and Innovation (UKRI). The project is to accelerate the Adoption of Circular Sanitation Demonstration Systems for Improved Health Outcomes.

At a media engagement to explain the importance of the project, known as ACTUATE, Dr. Richard Bayitse of the IIR of the CSIR said the objective is to educate the students that waste, is a resource hence their faecal waste converted into gas through the digester to power schools. He said the biodigester, which sits on a septic tank, has an opening that receives organic waste which will be converted to compost for agriculture. Dr. Bayitse explained that the construction of the digester should have involved the students but the shutdown of schools due to COVID 19 did not allow that. 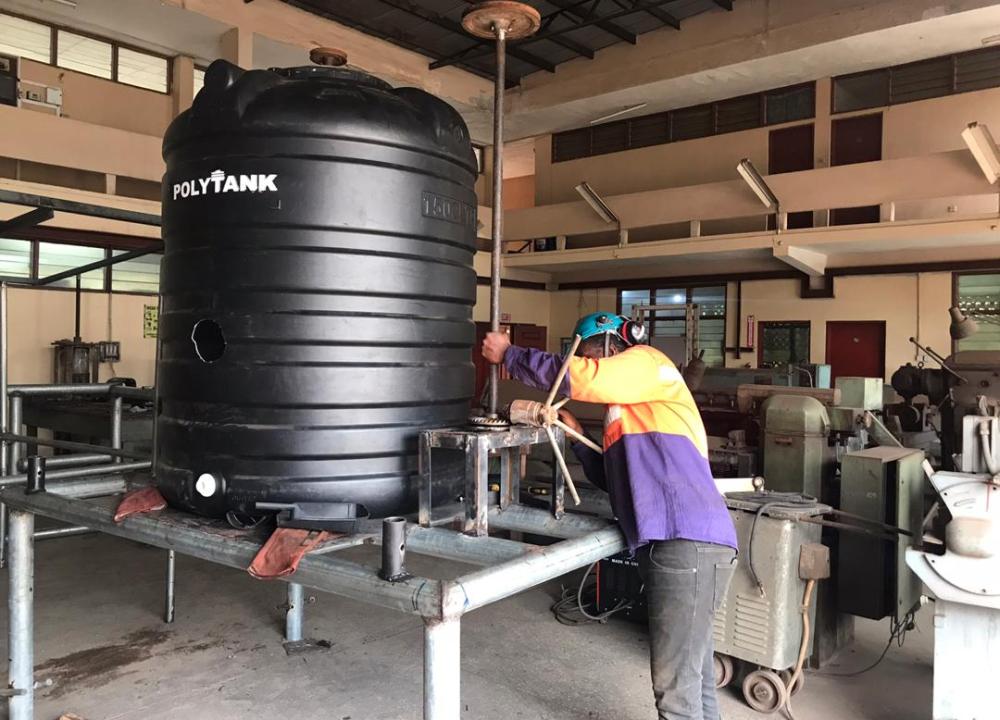 He said every step has been documented to educate the students. The light in the laboratory is powered through solar. The Director of ACTUATE projects, Prof. Kirk Semple at the Lancaster University, Uk said a similar project is being constructed at the University of Benin, Nigeria. He said the project will reveal the energy locked up in waste adding that sustainable energy positively impacts human and environmental health.

Hat of Foundation, an environmental non-governmental organization is one of the CSO’s leading in awareness creation about the importance of using waste as a resource in the circular economy.

My 3tw3 is not yours, I can sleep with Shatta Wale and any other man – Magdalene Love tells Ayisha Modi

China exporting cocoa is a cause for concern – COCOBOD

Senyo Hosi: When shall we breathe?