The Vice President of the Savannah Regional House of Chiefs, Buipewura Abdulai Jinapor Il has donated an undisclosed amount of money to Wipe-Away Foundation in Damongo.

The donation he said is not only to support them to continue to offer support to the vulnerable in the Savannah Region but a show of recognition of what the organisation has been doing over the years.

Wipe-Away Foundation, a charity organisation in the Savannah Region raises money from residents of the region and pay medical bills of patients who hitherto were left to live or die with their illnesses at home.

The foundation also takes people who beg on the streets and sponsor some in school whilst the elderly are trained and equipped to establish various trades.

Making the donation on his behalf, paramount chief of the Busunu traditional area, Jonokpwu Monasa said Buipewura has taken notice of the many children under the sponsorship of the foundation and wants to let them know that the foundation has his fullest support and blessings. 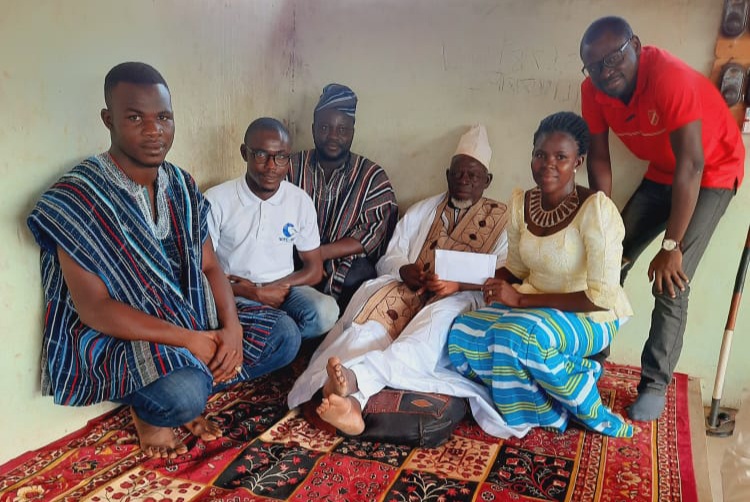 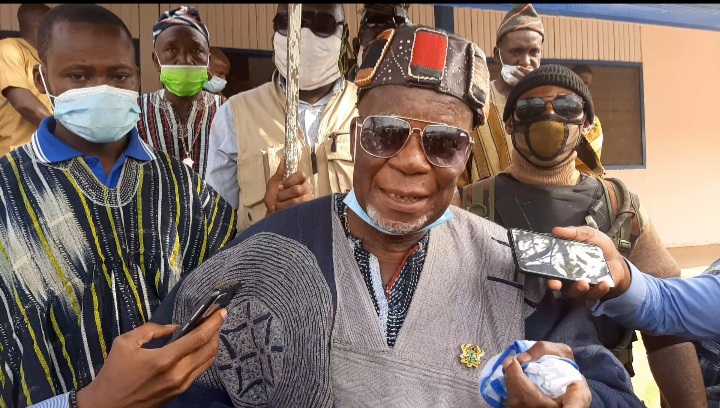 “Buipewura says he knows what you are doing, the people you help, the children you take from our streets and put back in school, the people with disabilities you have established in various trades and wants you to see this donation as a sign of his appreciation, blessings and support.”

He also said he has heard of a yet to be released documentary on a “junkie” the foundation rescued from a mining community in the region who has now undergone a professional driving training and looking forward to it.

“Buipewura and I have heard you took a young man from a mining community and has put him in a driving school, and he has completed, we are looking forward to his documentary.”

He said “we want to thank you and your donors, most of whom are also the vulnerable for what you are doing for our people.”

He said they see the donation more as a recognition of what they have been doing over the years.

“We see this donation from the Vice President of the Savannah Regional House of Chiefs as a recognition of what we have been doing, and we feel motivated to do more.”

He said the foundation is sustained by its thousands of donors across the Savannah Region who are mostly vulnerable themselves which is why they are embarking on a project to register them.

“What we do is sustained by our donors and most of them in their thousands across this region, are very poor and vulnerable themselves. That is why from next month, we will register all our donors and the amounts they donate to the foundation, so we make sure any of them that will need support in future especially for medical bills is given that support buy us.”

He thanked the Buipewura and assured them the foundation with his recognition and support will grow and do even more.