Chief Executive Officer of Vodafone Ghana, Mrs Patricia Obo-Nai, has advised graduates of the Kofi Annan International Peacekeeping Training Centre (KAIPTC) to embrace technology and relevant skills to be on top of the corporate game.

She said it was estimated that 45 percent of all current tasks could be automated with present technology, and task-oriented, repetitive, time-consuming, little or no value-added jobs were being automated rapidly.

This started with the fourth industrial revolution, and it is now accelerated by the future of work that this pandemic presents. 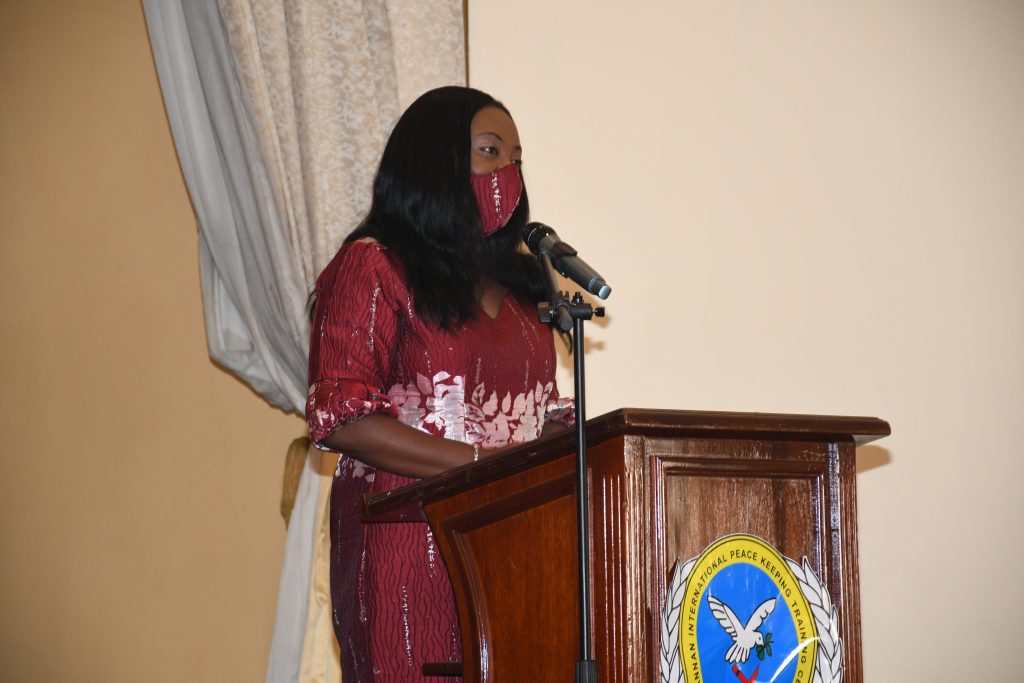 She gave the advice at a graduation ceremony organised for students of the KAIPTC on Friday in Accra.

“A few years from now, artificial intelligence (AI), robotics, machine learning and augmented reality will all be deeply rooted in our everyday lives just like computers, phones and electricity are necessities today,” she added.

According to the International Labour Organisation (ILO), COVID-19-related shocks to the labour market were expected to further wipe out 19 – 22 million jobs and significantly reduce earnings for the self-employed in Africa.

She said there was an urgent call for professionals to reposition themselves and take advantage of new opportunities.

Organisations, she said, were in need of people who were able to adapt to new job roles, adopt new technology and were happy to learn new skills.

“This means reskilling and upskilling will be required and employers will need to support their employees through this the process. For example, if you are in Marketing, you should start being curious and signing up for some Digital Marketing courses; if you are in HR, you could check out the HR Analytic offerings.

“The future is digital, and we have two choices, to be afraid and bury our heads in the sand or to step up to the challenge, embrace the exciting new digital future and equip ourselves with skills, so we are not left behind,” she advised.

The Vodafone CEO also charged the graduates to have what it took to build collaborations within and outside the organisation and be influential, while building networks to help them achieve shared objectives, goals and purpose, adding: “Do a self-assessment and begin to deliberately develop it as a vital skill.”

Mrs Obo-Nai said professionals also needed to understand the importance of data, which was a fuel for the new intelligence revolution.

Organisations have massive amounts of data available and those who use data effectively, she believed would clearly outperform the rest.

“Many organisations will no longer need people who call pull data, they need people who can extract insights from data and know-how to turn this into valuable knowledge. Without this skill at work, data becomes completely meaningless. You will survive the new normal if you can develop this skill,” she said.

She entreated them to bring their security expertise to bear in an increasingly digital world, saying, she had no doubt they had been adequately equipped with knowledge and competences that would enable them to address the many challenges that society urgently sought to resolve in a smart way.

“In the end, human beings will thrive on relationships. Where relationships abound, there is likely to be conflict. You are true champions of security and ambassadors of peace, and that is what the world needs right now. Go out there and make this great institution proud,” she added.

Other individuals in attendance were Major General Francis Ofori, Commandant of the KAIPTC, Sir (Dr) Sam Jonah, Chancellor of the University of Cape Coast, Professor Philip Ebow Bondzi-Simpson, Rector of GIMPA, and members of the Diplomatic Corps.

Akufo-Addo commits to revamping economy within a year

Akufo-Addo’s legacy tainted by directive to Domelevo to retire – Prof...

Akufo-Addo commits to revamping economy within a year

Erection lasts longer longer with exes and sidechicks but wives, not...