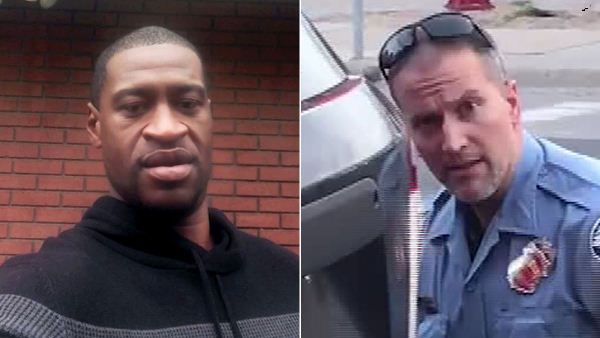 Derek Chauvin has been found guilty of the murder of George Floyd.

The jury found the former police officer guilty on all counts in the murder of George Floyd last May.

Chauvin, 45, was found guilty of second- and third-degree murder and second-degree manslaughter.

The judge asked each juror if the verdict was correct, thanked them for “heavy duty jury service,” and dismissed them. He revoked bail and told Chauvin to report back in eight weeks for sentencing. Chauvin was handcuffed and taken into custody.

The former officer, who is white, was seen on video pinning George Floyd, a 46-year-old Black man, to the ground with his knee last Memorial Day for over nine minutes after police responded to a report that Floyd used a counterfeit $20 bill.

Cell phone video of the incident went viral and touched off months of protests in the U.S. and abroad condemning police brutality and calling for racial justice. The widely watched trial, which began in March with jury selection, was livestreamed – Minnesota’s first criminal case to be televised.

If convicted of the most serious charge, Chauvin faces 12 1/2 years or 150 months in prison under sentencing guidelines for a first-time offender. But, the prosecution argues there are aggravating factors that require a longer prison term. That means Chauvin may face longer than that sentence.

Throughout the trial, prosecutors argued that Chauvin’s knee – pressed against Floyd’s neck while he was handcuffed and face-down on the street – led to his death by loss of oxygen. The defense argued underlying heart issues and the methamphetamine and fentanyl in his system caused Floyd’s death while he struggled with police.

The prosecution rested its case last week after calling 38 witnesses and playing dozens of video clips over the course of 11 days. The defense rested Thursday after calling seven witnesses over two days. Attorneys for both sides presented their closing arguments Monday.