Minister of Works and Housing, Francis Assenso Boakye, has reiterated government’s resolve to complete the over 1,500 Saglemi Housing Project to address the housing deficits of the country.

The $200 million project located at Saglemi, near Tsopoli, in the Ningo-Prampram District in the Greater Accra Region was to deliver a total of 1,502 housing units in its first phase to address the housing deficits in the country. 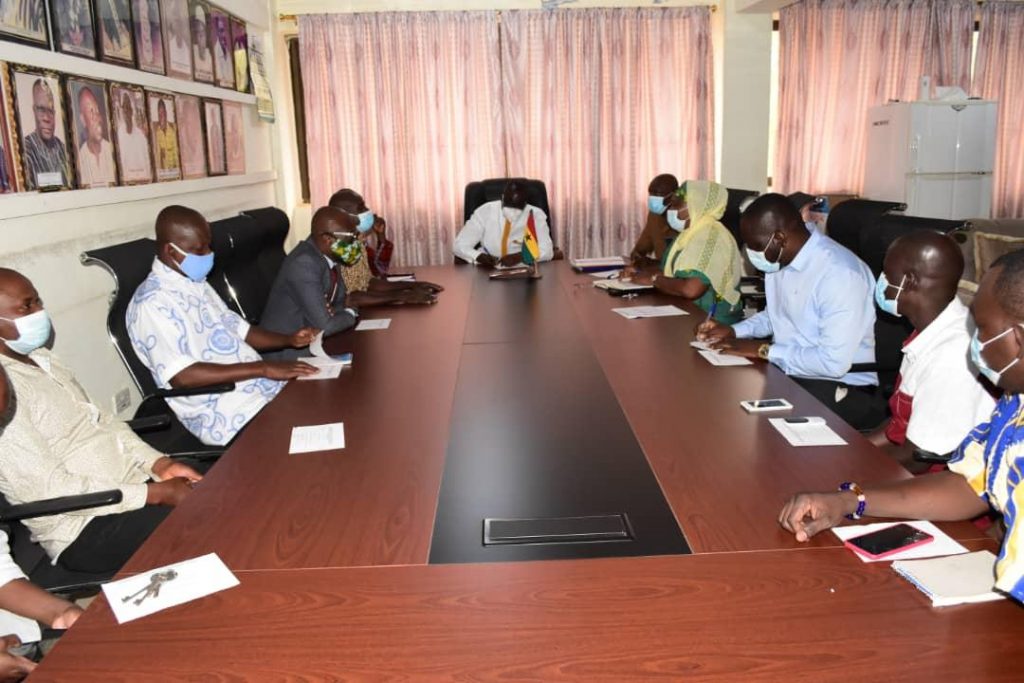 Briefing the media after touring the project site on Wednesday (March 17), the Sector Minister said government remains committed to continue the project despite the numerous challenges that had beleaguered it.

“The project, I believe was a great idea, but the conception, the design and the implementation did not go well and that is why we find ourselves here but, like I said, I’m committed to putting the past behind us and chatting a new way that we can complete the project.

The tour was to enable the Minister to familiarise himself and also obtain first-hand information on projects on-going under the Ministry.

So far, a total of 1,389 housing units have been completed out of which 868 are ready for use with the remaining 386 at various levels of completion.

The Sector Minister, however, explained that the completed units were not yet ready for use due to the absence of  the necessary infrastructure and services including; electricity, water and sewage.

The 2,172 acres on which the Saglemi housing project is situated was procured in 2002 during the era of President John Agyekums Kufuor.

On August 15, 2012, President John Evans Atta Mills gave executive approval to the then Ministry of Water Resources, Works and Housing to implement the project, which involved the construction of 5,000 housing units for sale to members of the public through mortgage provided by Ghana Home Loans.

The project was implemented by Constrastora OAS Ghana Limited through a buyers credit of up to $200 million.

The Minister therefore assured that government would look for innovative ways to raise money to fund the remaining of the project to ensure its completion.

Other sites the Minister toured were the Kpone Affordable Housing Project in the Kpone Katamanso Municipality where 1,500 housing units are expected to be constructed, the National Housing Mortgage Fund Project and the Kaizer Flats at Tema Community Four.

On the National Housing Mortgage Fund Project, Mr Samuel Asante, the General Manager for Operations at the TDC Company Limited, said 208 housing units first phase of the project had been completed and ready for use, adding that the second phase which involved the construction of 187 units would soon commence.

Mr Asante, however, noted that the construction of the 1,500 Kpone Affordable Housing Project had note progressed as planned due to financial challenges.

“We are just about 20 per cent completion obviously because of funding breaks and also capacity issues in terms of contractors, but now that we have the right partner we will be going at a speedy rate,” he said.

At the Kaizer Flats at Tema Community Four, Mr Edward Mensah Sanjok, the Chief Engineer at TDC said five out of the 13 dilapidated structures were demolished with the remaining eight to be destroyed in the coming days to allow for reconstruction work to commence.

Mr Boakye said government would continue to engage the residents to see how best it could assist them in relocating to pave way for the commencement of the project.

The Minister was accompanied by Dr. Theresa Tuffour, Chief Director at the Ministry.