The Independent Member of Parliament (MP) for Fomena, Mr. Andrew Asiamah Amoah has written to the Speaker to officially indicate his willingness to join the New Patriotic Party (NPP) side in the House.

“I Andrew Asiamah Amoako, an Independent Member for Fomena constituency and now the 2nd Deputy Speaker for the same Parliament do hereby declare that, I shall for the purposes of transacting business in the house associate with the NPP in the Eighth Parliament.”

“For the avoidance of doubt, I do hereby affirm that I shall cooperate and collaborate with the NPP Caucus in the Eighth Parliament,” he said in the one-page letter sighted by citinewsroom.com.

His request to the Speaker raises the NPP’s numbers in the house to 138 giving them the majority in Parliament.

Ghana has been left with an unprecedented hung Parliament after the 2020 polls.

In contrast to 2016 where the NPP secured a record majority with 169 seats in Parliament, the governing party’s representation dropped to 137 seats in the 8th Parliament.

The NDC matched the NPP by also winning 137 seats in Parliament, the highest ever proportion of seats held by an opposition party in Ghana’s Fourth Republic.

The two parties were joined by an independent candidate who won the Fomena seat.

The current Speaker of Parliament, Alban Bagbin, a member of the opposition National Democratic Congress, was elected for the position last Thursday, January 7, 2021.

Below is the letter from Fomena MP 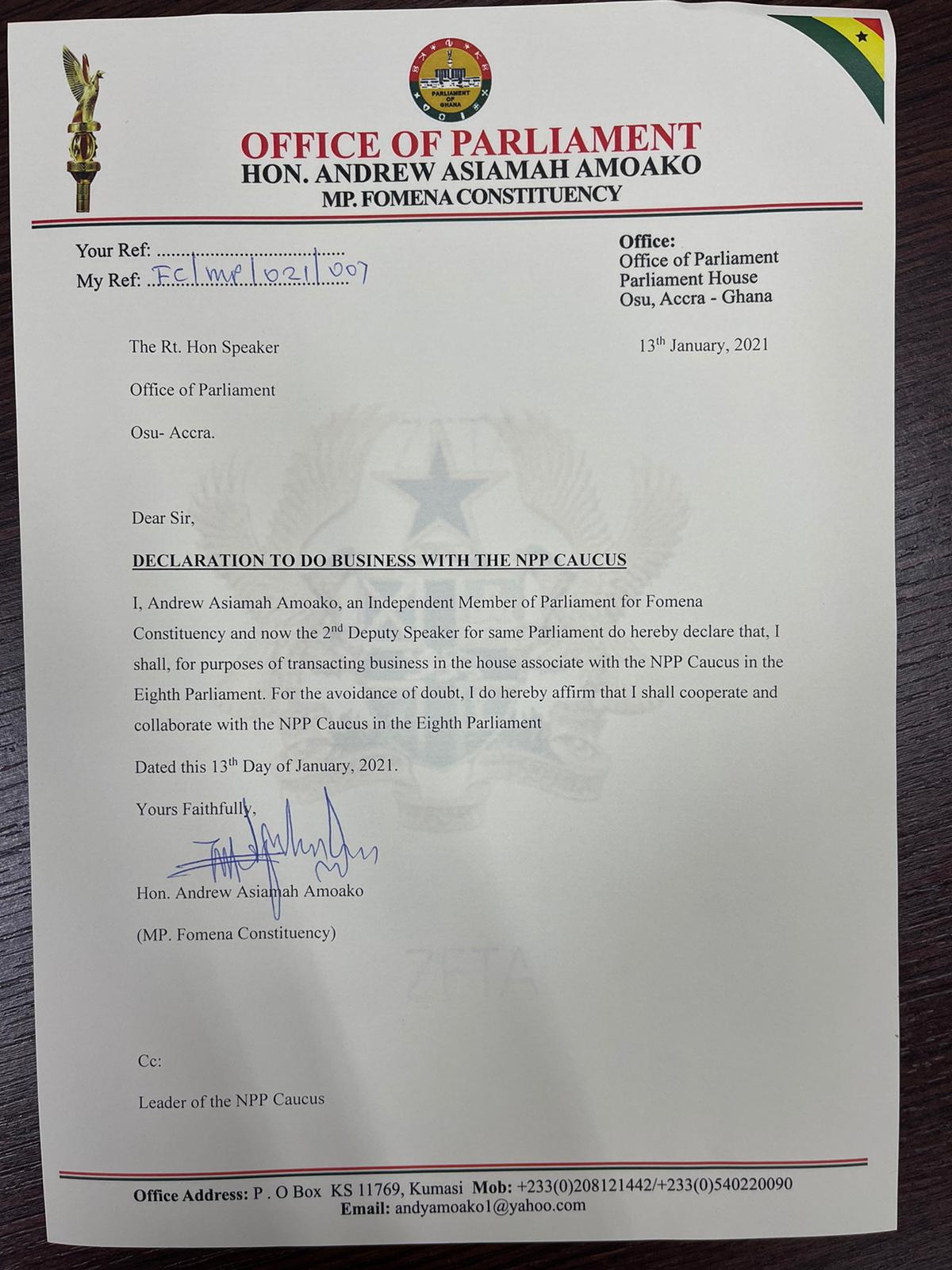 Samsung Galaxy S21 Ultra: The ultimate smartphone experience, designed to be epic in every way

Isaac Dogboe raises fear of suicide with his latest post