Man beheads 17-year-old daughter for having an affair

Police in the Hardoi District of Uttar Pradesh in Northern India has arrested a man for beheading his 17-year-old daughter.

Sarvesh Kumar who wasn’t happy with his daughter’s relationship beheaded her with a sharp tool at their residence.

After committing this dispeakable act, Sarvesh walked around his community with his daughter’s severed head for about 2km before going to the police station.

When questioned at the police station, Sarvesh Kumar who is a vegetable vendor explained that he warned his daughter several times over her relationship with the boy he didn’t like.

According to Sarvesh, his daughter didn’t pay heed to his warning and still continued his relationship, therefore decided to behead him.

Sarvesh who didn’t sound remorseful explained how and where he severed his daughter’s head.

“I did it. There was no one else. I closed the latch and did it. The body is in the room,” Sarvesh told the police. 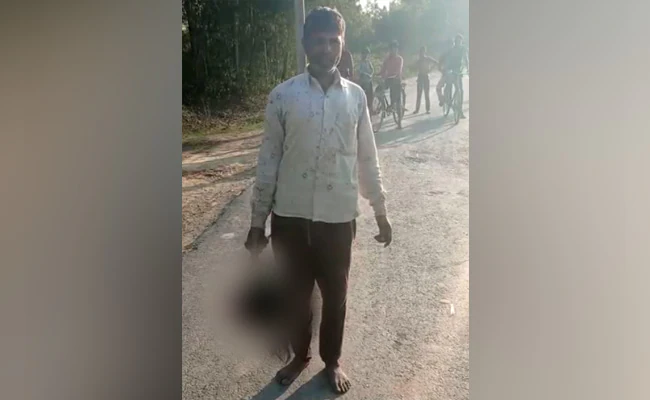 Also, a Police Constable has been suspended after he was seen holding the victim’s head and strolling in the police station.

Authorities have begun investigation into the murder case.

Use Independence Day as an opportunity to promote peace – Paul K. Boafo to Ghanaians

VIDEO: Swearing In Of Ministers-Designate

VIDEO: Swearing In Of Ministers-Designate

Afia Schwar reacts to video of her son begging ex-girlfriend