More than 11,800 children benefit from malaria vaccination in Asikuma-Odoben-Brakwa 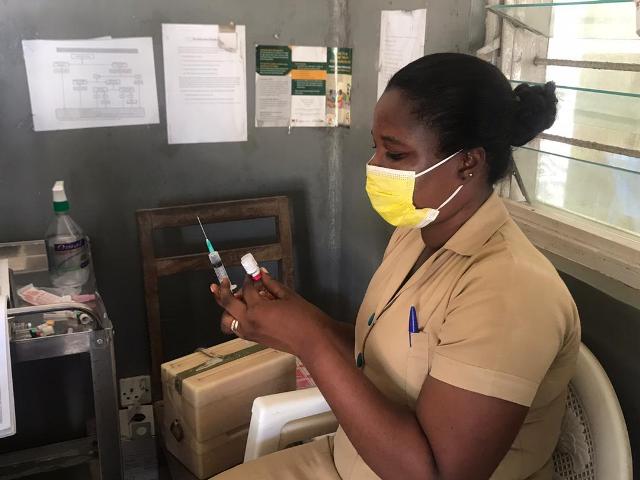 The Asikuma-Odoben-Brakwa (AOB) District has vaccinated about 11,818 children to protect them against malaria.

The malaria vaccine reduces the number of times a child gets sick with malaria and babies aged six months are eligible for the first dose.

The second dose is given a month later, while the third and fourth doses are given at nine months and two years, respectively.

The campaign is to enhance the quality and quantity of malaria coverage and support broader advocacy efforts to help reduce its spread in the country.

He said of the children vaccinated, 663 had completed the full four doses, with 3,805 completing the second doses, while 3,709 and 3,641 were taking the first and third jabs, respectively.

Mr Dapaah said health workers were engaging in vigorous education on the importance of the vaccine, use of Insecticide Treated Nets (ITNs) and proper case management in the districts.

He said AOB had recorded 100 percent intake of the malaria doses as parents were eager to protect their children from the disease.

”The vaccine intake is 100 percent here, parents rush to get their children vaccinated and it is a big move to reduce malaria in the district,” he said.

The District Disease Control Officer said the Covid-19 pandemic had not affected the malaria vaccination in the District as the health workers had been advising parents to adhere to the protocols to protect themselves and everyone from contracting the virus.

He encouraged all to help fight the disease by destroying the breeding grounds to get rid of mosquitoes.

Interactions with some residents revealed that various households have scheduled dates to visit the facility for their doses, measure health officials have devised to get children vaccinated and protected.

Also, most of the residents had ITNs to protect them from malaria, and their environment well managed to ensure their safety.

Maame Araba, a mother of four, in an interview said she had been given dates to visit the facility to vaccinate her children and that two of them had completed their four doses.

”I will rush to the facility immediately the time is due to protect my children from malaria,” she said and applauded the Government for the vaccination.