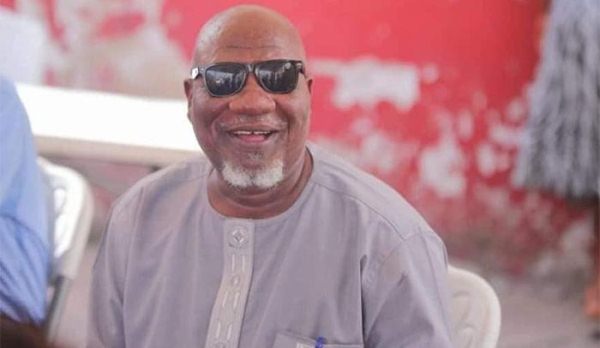 A statement signed by the General Secretary of the NDC, Johnson Asiedu Nketiah, said Mr Jacobs was expelled for “misconduct and anti-party behaviour”.

Allotey Jacobs was suspended and referred to the Disciplinary Committee of the NDC for persistent anti-party conduct on Wednesday, May 6, 2020.

But the statement issued on Tuesday, March 23, 2021, said its Disciplinary Committee found Mr Jacobs guilty of allegations of misconduct and anti party conduct brought against him.

“The Committee’s report which is herein attached for your attention found you guilty of the said allegations of misconduct, anti-party conduct and recommended among other things your immediate expulsion from the party. The Functional Executive Committee acting in compliance of Article 48(1) of the NDC Constitution has unanimously adopted the report and accepts fully its recommendation for your expulsion from the party.”

The party directed Allotey Jacobs to return any party properties.

“You are by this letter and pursuant to Article 48(10) directed to return any party properties that may be in your custody and shall forfeit any money, dues or subscription fees made to the Party.” 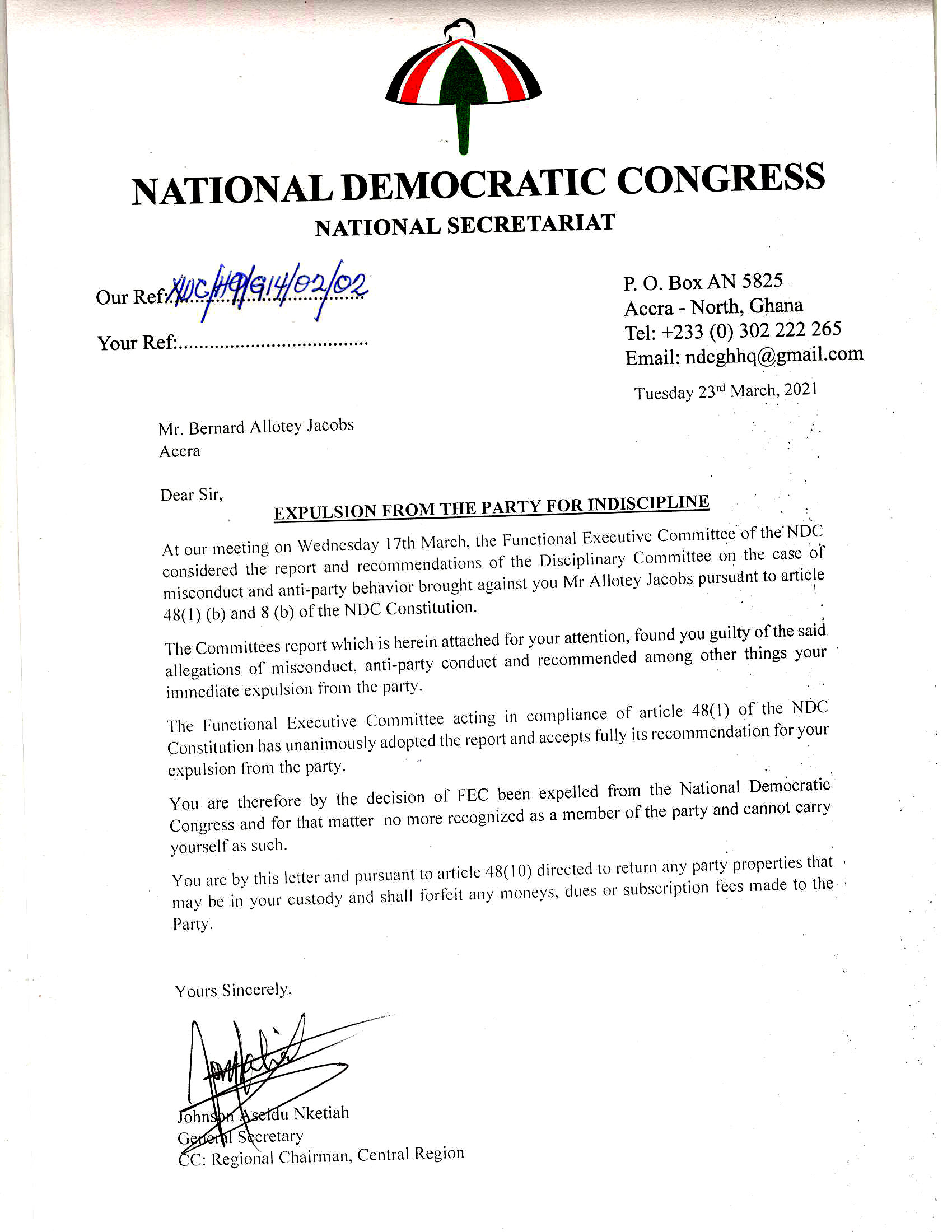 Martin Bashir quits BBC ‘to focus on his health’