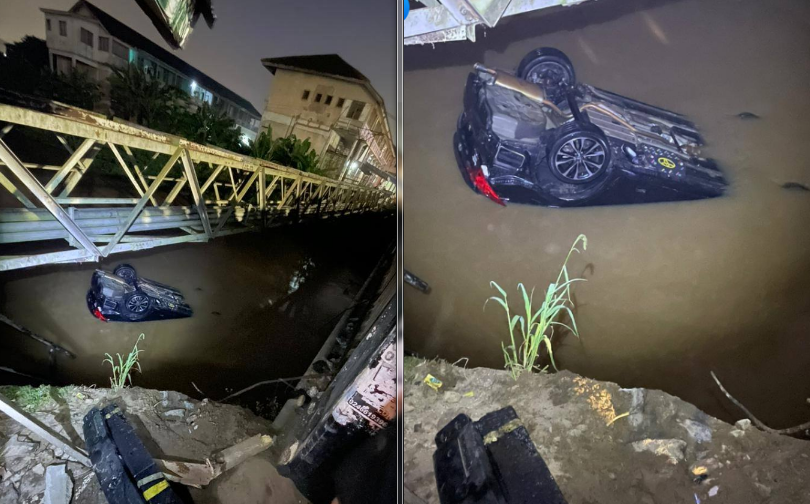 One person died on Saturday morning at Agona Swedru in the Central region of Ghana after a Toyota Corolla car with a top speed run over 2 lovers which ended them into the river Akora.

According to eye witness the vehicle had three occupant which they were all plunged into the river.

Unconfirmed reports have emerged suggesting there is a second suspected death who is believed to be in the car adding to the lady who was standing with her boyfriend to 2 deaths.

For the boyfriend of the lady who’s body is yet to be found as at midday of saturday, he is responding to treatment at the Agona Swedru Government Hospital, after he was rescued from the river together with occupants of the vehicle from the river.

SEE BELOW PICTURES FROM THE SCENE:

Wicked wife kills stepson by injecting him with insecticide

Akuapem Poloo should have been jailed for 3 years – Mike Two