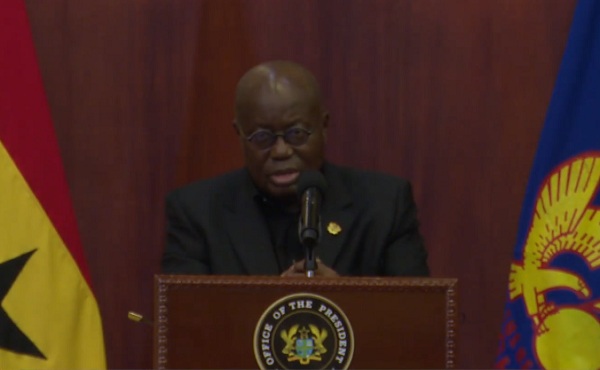 Addressing the Chiefs and bereaved families, who paid a courtesy call on him at Jubilee House, President Akufo-Addo expressed sympathy to the families and the Apam Community.

Thirteen Children between the ages of 12 and 15 met their untimely death on March 7, when they went to swim at the Apam landing Beach in the Central region. A mass burial was held for the deceased them barely two weeks ago.

The Chiefs and bereaved families were at the Jubilee House to thank the President for the support rendered them by Government.

Queen Mother of Breman, Obaatanpa Nana Ama Adua, who spoke on behalf of the Chiefs and the families, was grateful to the President for the financial and other support during the burial and final funeral rites.

President Akufo-Addo assured them of his government’s continuous support.

They also thanked him for visiting and supporting the church’s street children project with an amount of ¢200,000. They took advantage of the call to invite the President the 70th anniversary of Christ the King Parish which comes off on May 23, 2021.