The President, Nana Addo Dankwa Akufo-Addo, has cut the sod for the commencement of work on a new Court of Appeal complex and permanent residential facilities for Court of Appeal judges, all to be located in Kumasi. 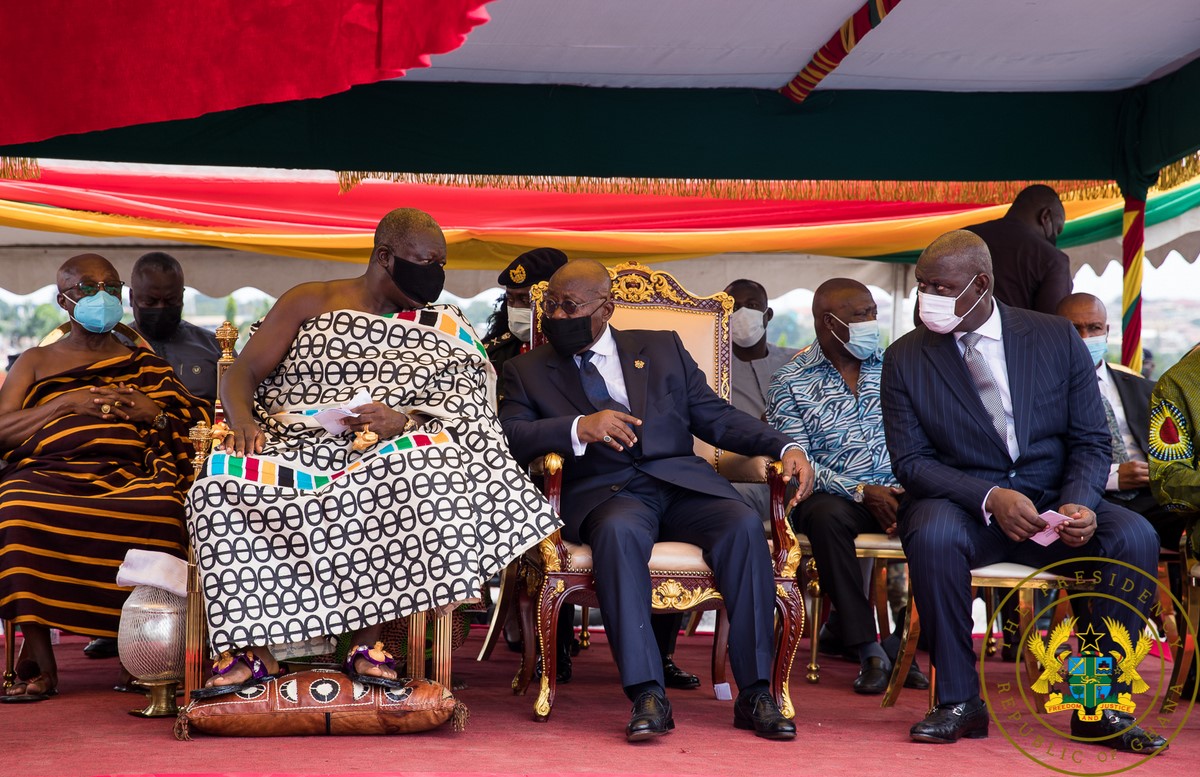 Performing the sod-cutting ceremony on Tuesday, April 20, in the presence of Chief Justice Anin Yeboah, and the Asantehene, Otumfuo Osei Tutu, President Akufo-Addo noted that with only one Court of Appeal structure located in the heart of our nation’s capital, in Accra, it has meant that appellate proceedings in the northern sector of our country have been slow, resulting in a considerable backlog of cases requiring the attention of the Court of Appeal. 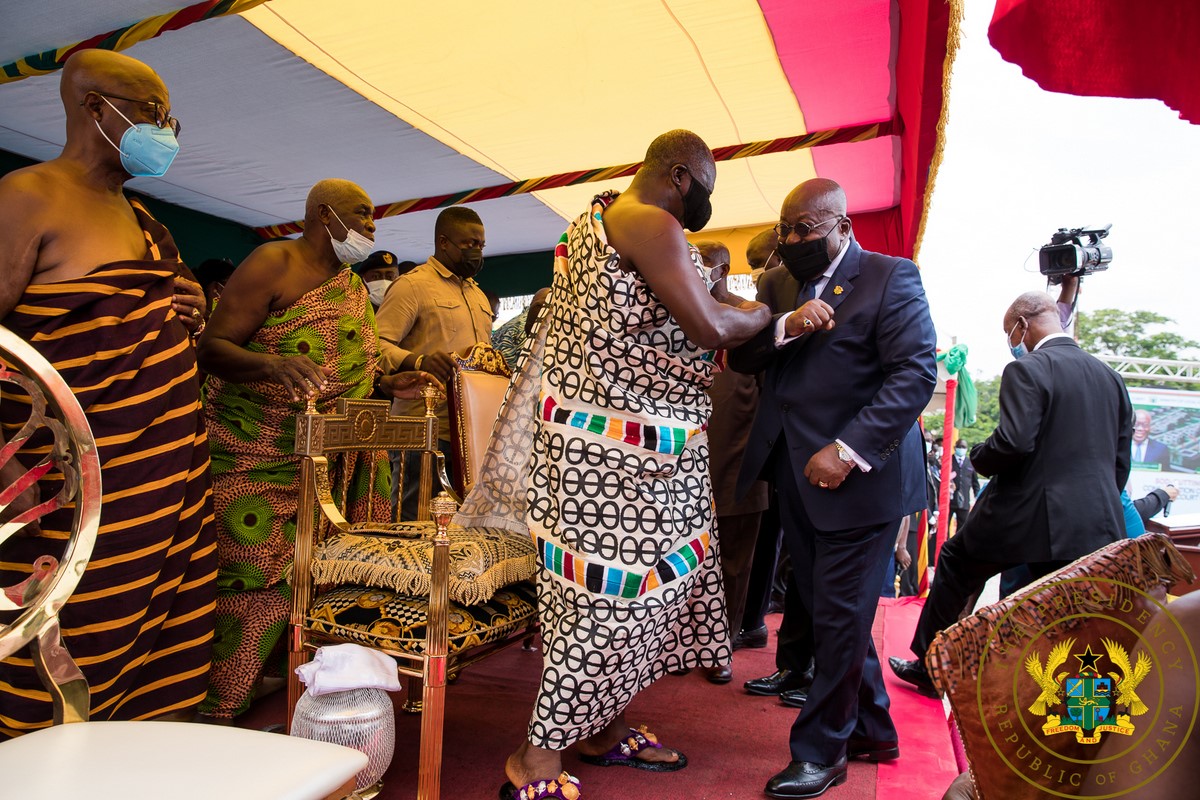 “Indeed, the itinerant Court of Appeal, moving from Accra to sit in Kumasi, Tamale, Ho, Koforidua and Cape Coast, delays the adjudication process. The associated financial implication of this arrangement has, over the years, been of grave concern in the dispensation of justice,” he said.

The President continued, “the establishment of a permanent, modern Court of Appeal complex in Kumasi will help improve the justice delivery system for the northern sector of the country. With the collaboration of the Ministry of Local Government and the District Assembly Common Fund, twenty (20) townhouses and a guesthouse are being built to be used as permanent residences for Court of Appeal Judges based in Kumasi, who will be mandated to handle cases in the northern part of the country.” 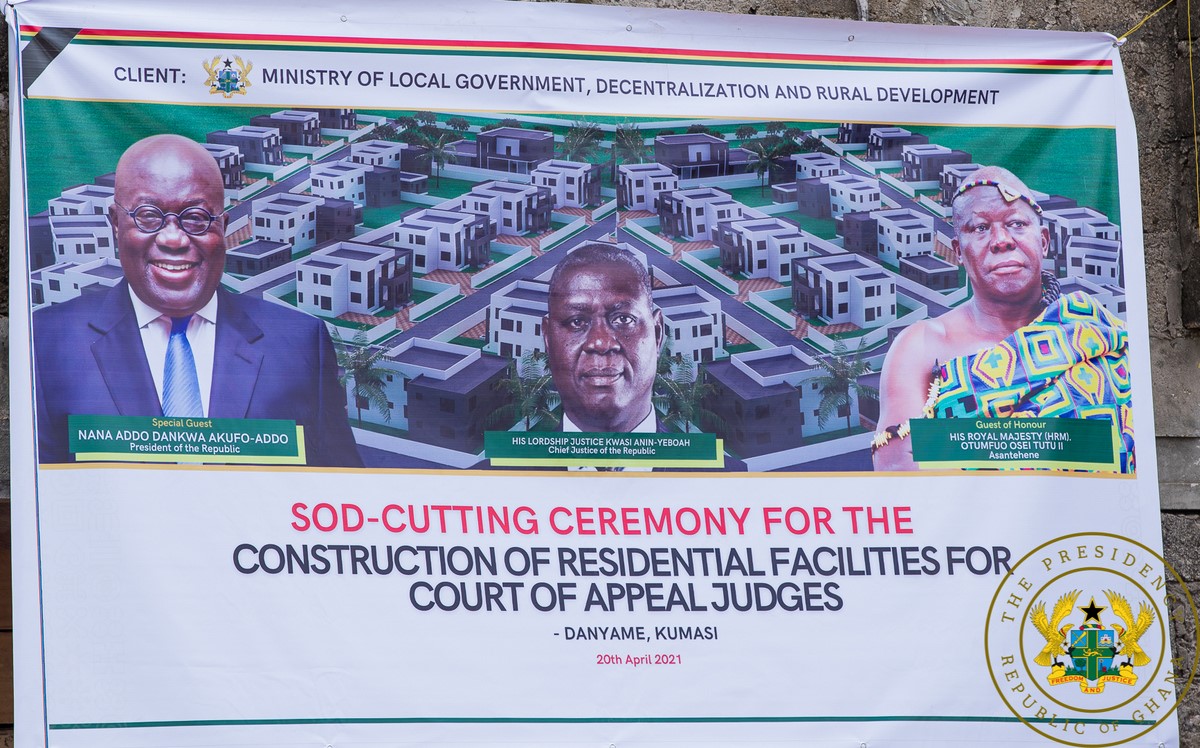 With the project set to be completed in eight (8) months, it will mean that appeals from Upper West, Upper East, Savannah, North East, Northern, Bono, Bono East, Ahafo, Western North and Ashanti Regions will be conveniently heard within a much shorter period.

Recounting a statement he made in his Message on the State of the Nation, President Akufo-Addo noted that Government, through the Ministry of Local Government and the District Assembly Common Fund, has commenced, in an unprecedented initiative, the construction of ninety (90) courts with accompanying accommodation for judges across the country, to help address the problem of inadequate court infrastructure. 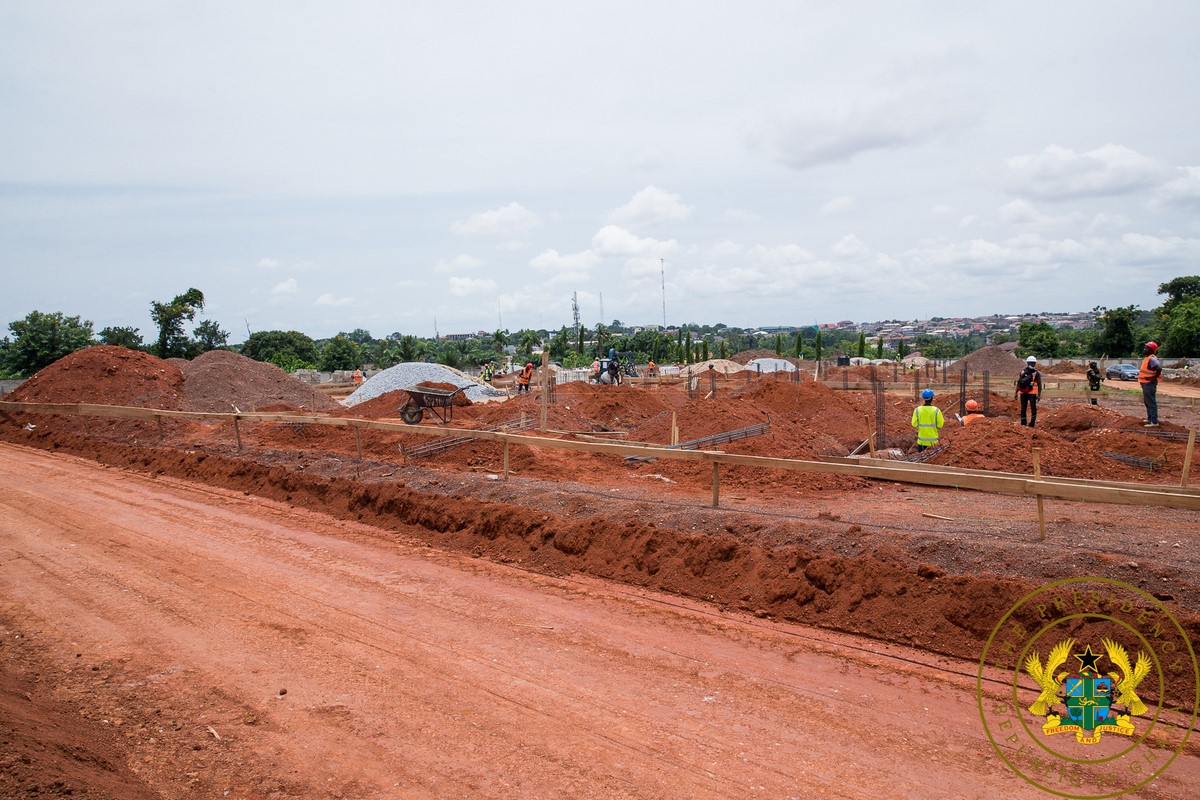 These structures are at advanced stages of completion.

“Government will continue to implement policies to advance the rule of law, and, thereby, reinforce the confidence of the people, and shore up our nation’s reputation as a country governed by the rule of law,” he added.

Statement attributable to the Spokesperson for the Sec.-Gen. – on the death of Lt. Gen. Erskine – first UNIFIL Force Commander