A statement issued by the Secretary to the President, Nana Asante Bediatuo explained that documents made available to the Office by the Audit Service, indicate Mr Domelevo’s date of birth is 1st June 1960, and that in accordance with article 199 (1) of the Constitution, his date of retirement as Auditor-General was 1st June 2020.

Based on this information, the President is of the view that he has formally left office.

As a result, the President has expressed appreciation to him for his service and indicated that a substantive replacement for him will soon be announced while the Deputy Auditor General, Johnson Akuamoah Asiedu continues to work as the acting Auditor General.

BELOW IS A COPY OF THE LETTER 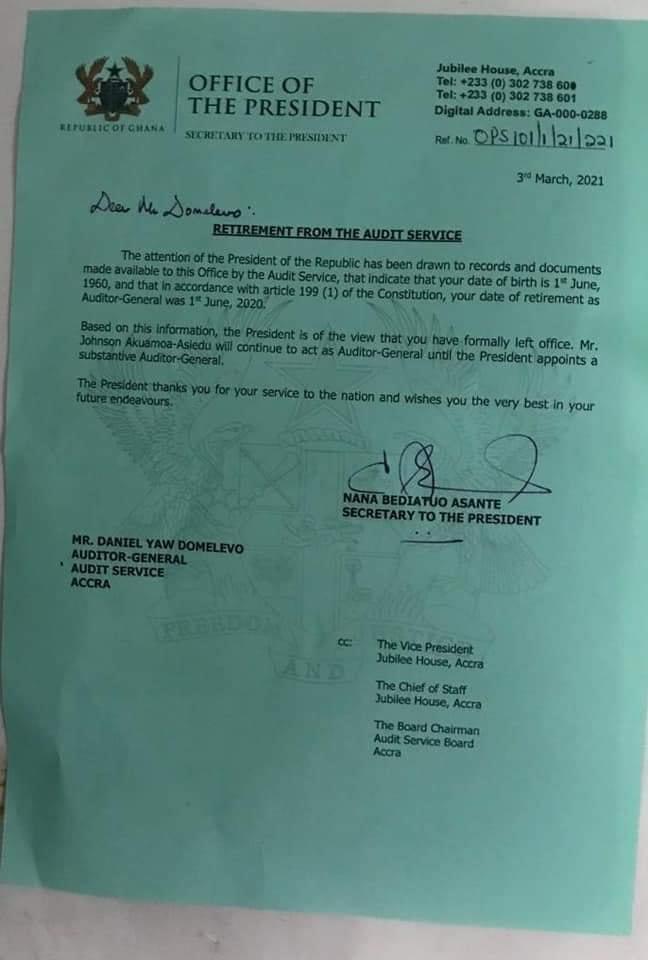