The Minister for Lands and Natural Resources, Samuel Abu Jinapor has held a consultative meeting with the management of Lands Commission to familiarize himself with their operations and gunner support for the ministry to deliver on its mandate.

He indicated that, land plays a vital role and knowing that everything sits on land and as such makes it a very important sector which should be given the needed attention to improve the socio- economic development of the nation. 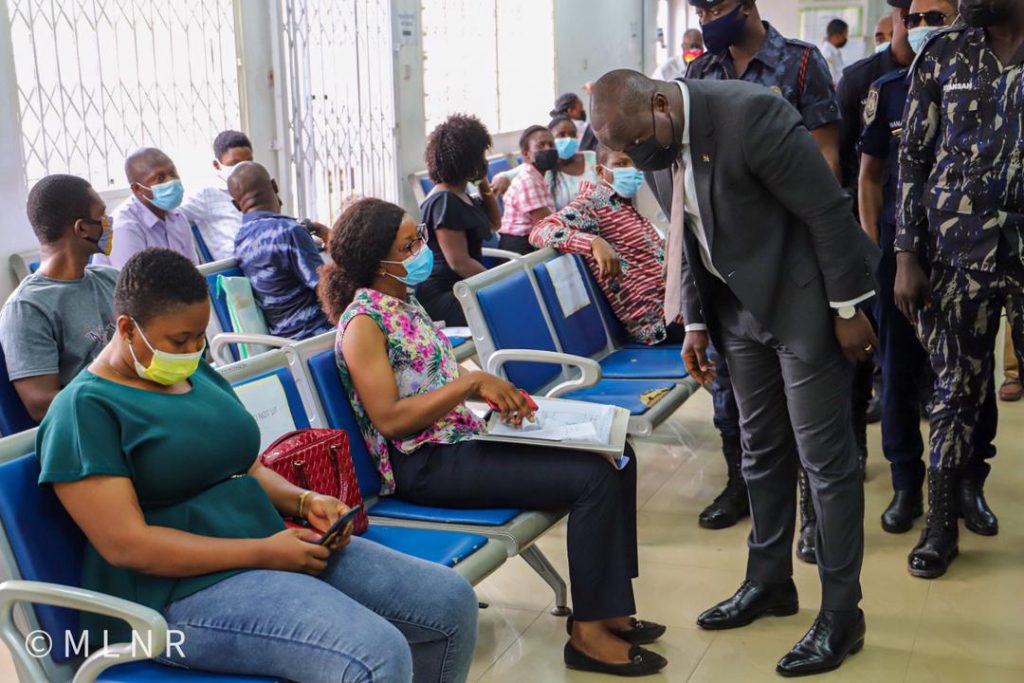 The minister touched on the need to work hard to achieve the 30-day Turn -around time for registering Tittle to land and eschew all forms of negative attitudes to be able to meet the target.

He urged the management to as a matter of urgency establish their offices in the newly created regions as the constitution enjoins them to do.

The Minister entreated the Commission to speed up the Digitization of all their manual records to ensure the Commission fully operates in a fully digital environment to bring more efficiency in land service delivery. work so that delays become a thing of the past.

Multiple sales of land which he pointed out as a serious problem in the land market according to him, should be eliminated or brought to its barest minimum because it is a very disturbing phenomenon and many a times, the outcome is the land guard menace, litigation and long protracted court issues. 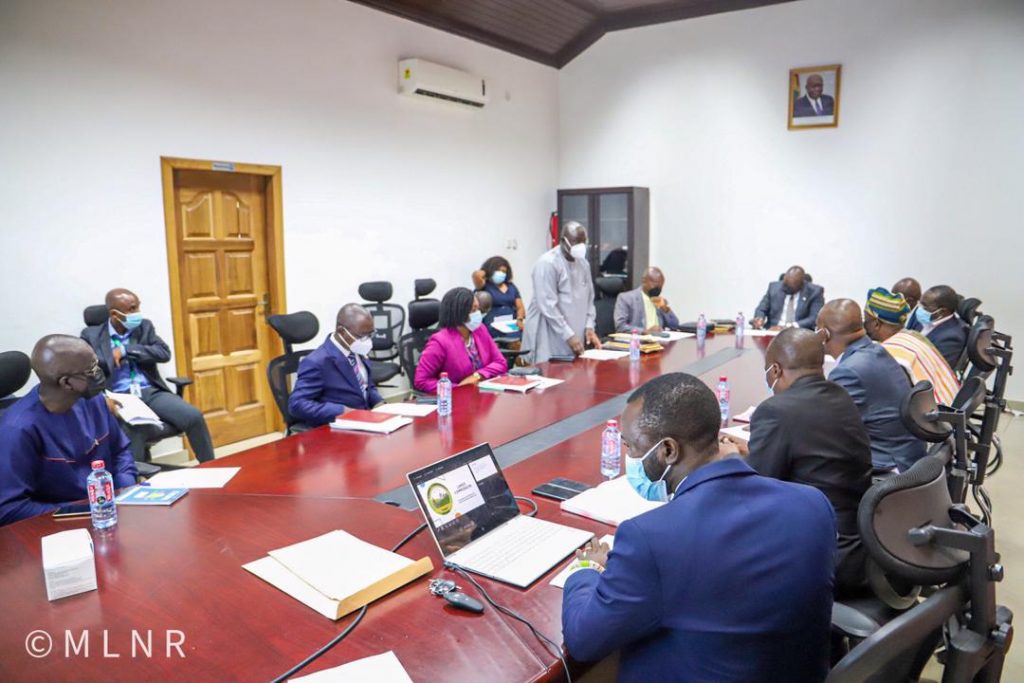 He drew the Management’s attention to the redevelopment of Kumasi and other regional capitals noting that the Commission has a huge task in enforcing their roles as enshrined in the constitution.

Alhaji Sulemana also took his turn by taking the minister and his team through the overview of the Lands Commission, recruitment of new staff for the newly created regions indicating that teams have been deployed to check on the status of work so far regarding office accommodation and related issues on the operationalization of these offices, upgrade of the existing system which is intended to bring about the automation of the entire business processes.

Alhaji Sulemana identified some challenges the commission has as, poor conditions of service of staff, old , defaced and torn map sheets and financial constraints which mitigate against the smooth work of the Commission.

The Minister and his team made up of the Technical Director (lands), Public Relations officer, after the meeting, visited the Client Service Access Unit(CSAU) and also the Records Unit of the Lands and again inspected the Phase 2 of the Greater Accra Regional office which is currently under construction Commission. 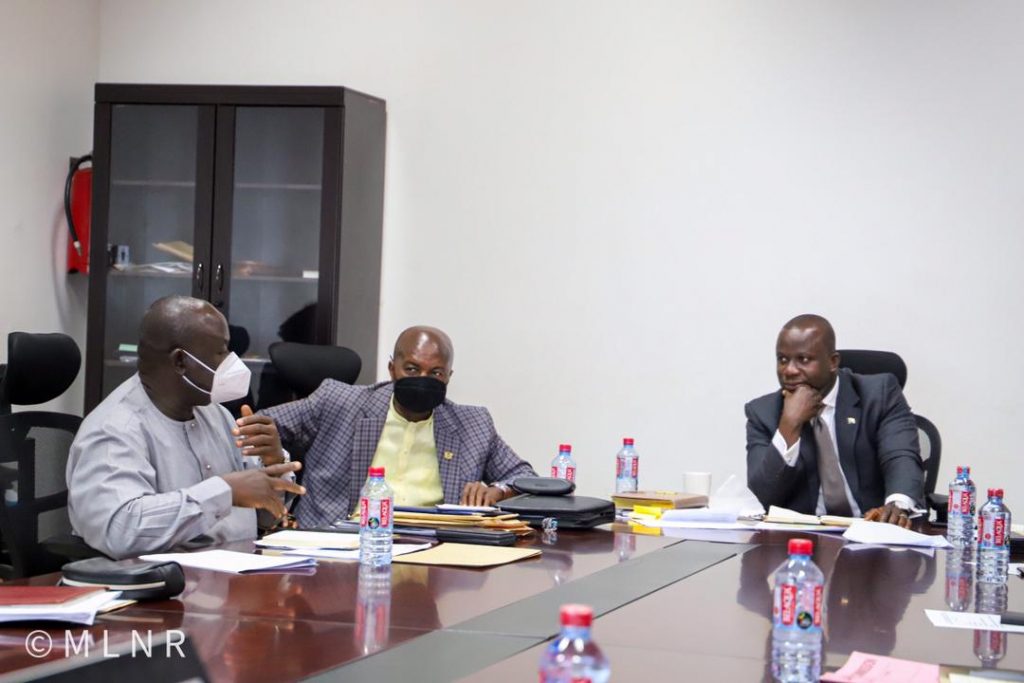 The Chairman of the National Lands Commission, Mr. Stephen Ayesu-Ntim, and the Greater Accra Regional Chairman, lawyer Alex Quaynor and other management members were present.