Madam Alicia Rico Perez, Spanish Ambassador to Ghana, says the Spanish government will partner with the government of Ghana through the Tourism Ministry to train young Ghanaian entrepreneurs in tourism.

This, according to her, would position the young entrepreneurs in the country’s tourism sector to become globally competitive.

She said this when she together with the Deputy Head of Missions of the Spanish Embassy to Ghana Mr. Rafael Rodriquez-ponga Albala, paid a courtesy call on the Minister of Tourism, Dr. Ibrahim Mohammed Awal, in Accra.

She said the visit to his office, was to congratulate him on his new appointment and further strengthen the bond of a good relationship between the Government of Spain and the Republic of Ghana. 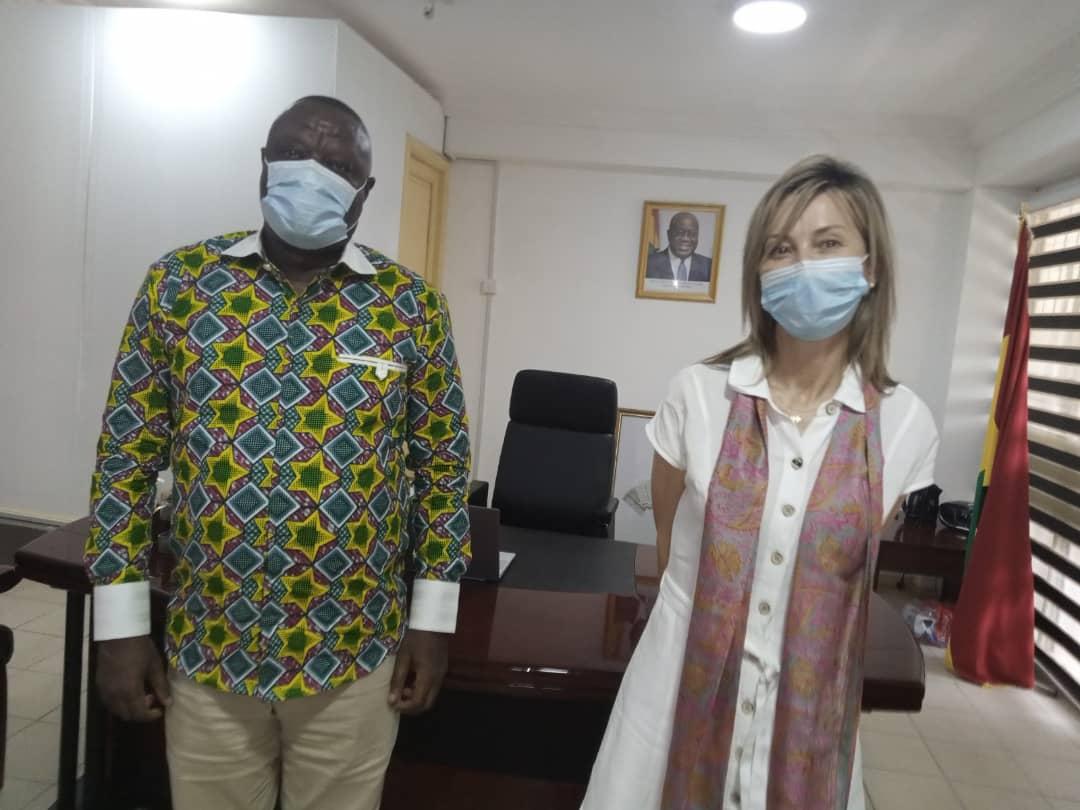 Madam Perez commended the Minister for the warm courtesy extended to them on their visit to his office and also used the rare privilege to commend President Nana Addo Dankwa Akuffo Addo for his exemplary leadership in running the affairs of Ghana.

Dr. Awal expressed his unwavering commitment and that of the President’s administration to collaborating with the Spanish government to help in building the capacity of young Ghanaian entrepreneurs to be internationally competitive and economically viable.

He expressed appreciation to the Ambassador and his team as well as the Spanish government for expressing their willingness to empower the young Ghanaian Entrepreneurs in the tourism sector.