The Teachers and Educational Workers Union (TEWU) has declared an indefinite nationwide strike.

“We think that the feet dragging and delays are becoming too much,” the National Secretary of TEWU, Mark Korankye said to the media at the University of Ghana when the strike commenced.

Earlier, the union said cited the return of students to school for the new academic year as the deadline for its strike.

It has been in talks with the Fair Wages and Salaries Commission since June 2019 on the Review of the Conditions of Service for Unionised Staff of the Public Universities which expired in 2008.

“Until government sits with us to review the conditions of service in total and to also attend to the needs that we have put across, we are going to lay down our tools,” Mr. Korankye said.

“We feel we are not being treated fairly, and we think that government must take us seriously,” he added. 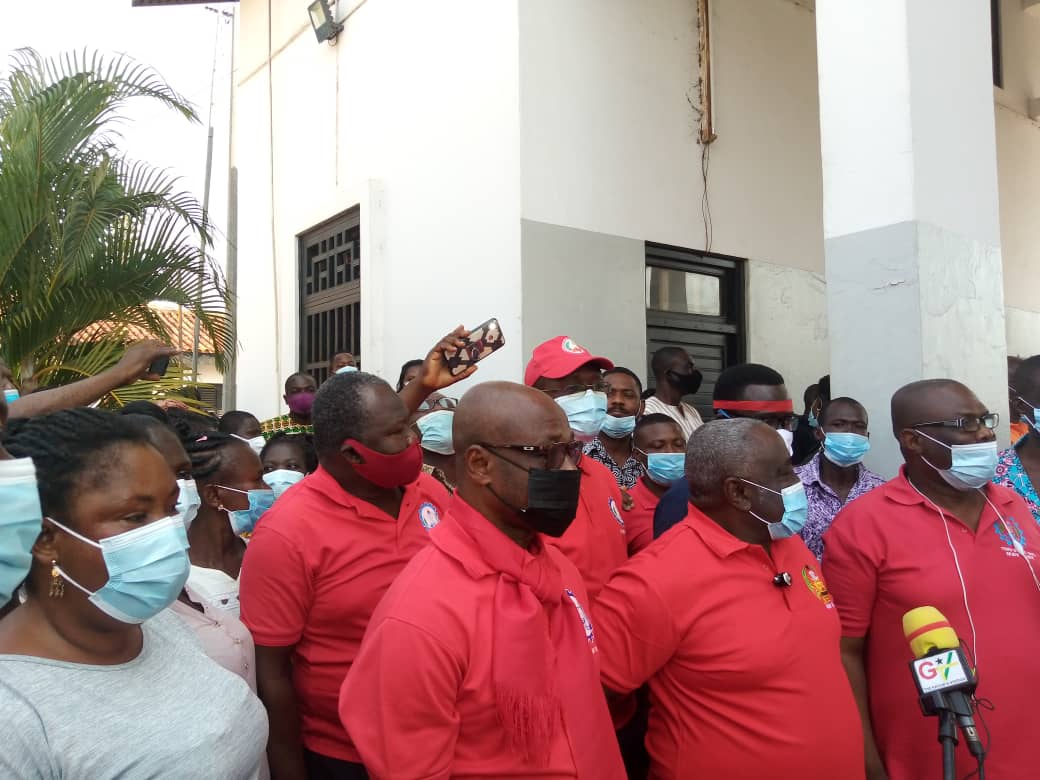 The members of TEWU exempted from the strike are exempting security personnel, hospital workers and payroll staff.

The union stressed that its members were just as important to teaching and learning as lecturers.

“The labourer on the ground is also ensuring that students and lecturers live in a clean environment and a healthy environment for teaching and learning to go on so if you think that it is the lecturers that matter, I am afraid you are making a mistake,” Mr. Korankye said.

The Fair Wages and Salaries Commission has already described the strike as illegal.

“Even where there is a deadlock, you go first to the National Labour commission for them first to mediate and give a ruling,” Dr. Edward Kwapong, the Chief Executive Officer for the Commission said in response to the union’s earlier threats.