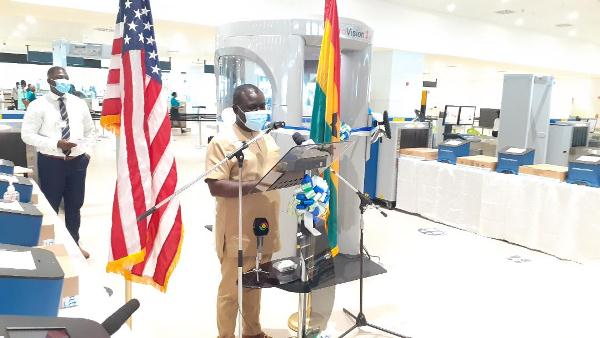 The United States has presented one body scanner and nine explosives and narcotics trace detectors to the Ghana Airport Company Limited (GACL) to strengthen security at the Airport.

The ATA programme provides support for an Aviation Security Enhancement Programme in Ghana in collaboration with the Department of State’s Bureau of Counterterrorism and the U.S Embassy in Accra.

The Minister of Transport, Mr Kwaku Ofori Asiamah, speaking at the commissioning of the facility at the Kotoka International Airport, terminal three, commended the U.S government, adding that the gesture was a demonstration of commitment to fighting the menace of terrorism at the Airport. 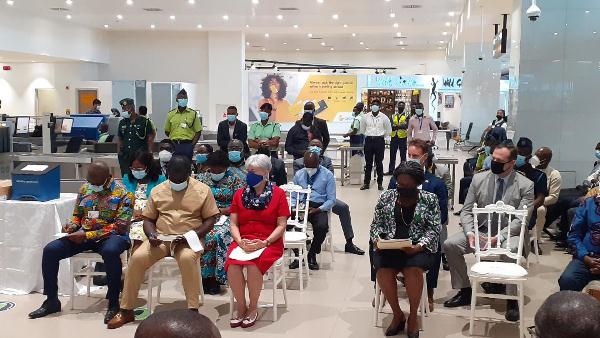 He said Ghana had prioritised the safety and security of air passengers and that the equipment would help detect metallic and non-metallic substances at the Airport for the necessary action.

Mr Asiamah said government had made strides through the rapid development in the aviation sector and invested seven million dollars to boost safety and security at the Airport.

The Minister said the government was on course in making Ghana an aviation hub in the West Africa region and commended stakeholders in supporting the agenda.

He said it was imperative to collaborate with other countries especially the U.S to combat security challenges at the Airport for the safety of passengers.

“Ghana will continue to expand its bilateral relations with the U.S government to strengthen global aviation security,” he said.

Mr Yaw Kwakwa, the Managing Director, GACL assured the U.S government that the equipment would be used for its intended purposes.

He said the company had put in place comprehensive mechanisms to ensure the safety of passengers, and as a result, was adjudged the best Airport in Africa by the Airport Council International in 2019 and 2020.

Madam Stephanie S.Sullivan, the U.S Ambassador to Ghana, said the growth of Ghana’s aviation sector had increased the importance of aviation security, screening and information sharing.

She said the US government was committed to delivering best practices in airport security management and related operator training for the equipment.

“The airport security training and equipment programme underscored the robust security cooperation between the two countries,” she said.