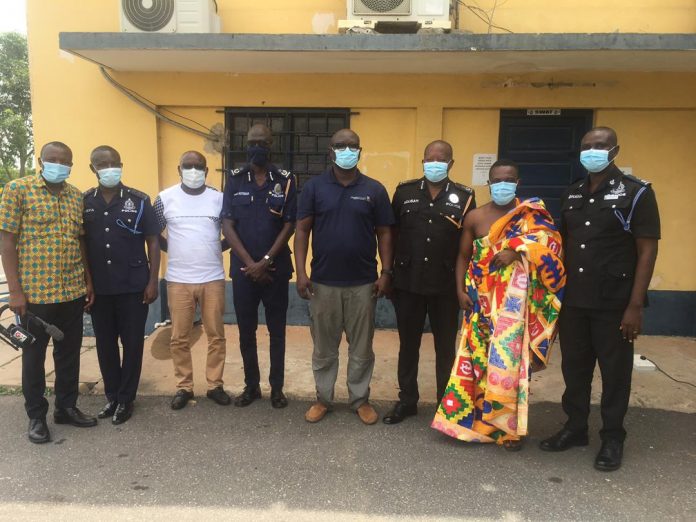 Journalists in the Western Region have in recognition of the responsiveness to duty of the outgoing Regional Commander of the Police Motor Traffic and Transport Department, MTTD Chief Superintendent Richard Appiah presented a token gift to him.

Chief Superintendent Appiah is on transfer to Berekum Municipality in the Bono Region.

The journalists contend that, the MTTD boss had shown exemplary leadership as a public officer who was accessible and engaging and ready to attend to both traffic and non-traffic related calls sometimes at ungodly hours to the detriment of his personal comfort.

Moses Dotse Aklorbotu of the Daily Graphic described Chief Superintendent Appiah as the personification of the Police motto, “Service with Integrity”.

“For the MTTD boss to agree to be on a Road Safety WhatsApp platform with media practitioner, road safety officials and advocates who daily bombard him with issues on road crashes, traffic challenges to alleged unprofessional conduct of some of his men and claims of dereliction of duty, is a manifestation of how seriously he takes his duty and readiness to work with media to ensure safety on the road”, Mr Aklorbotu said.

It was therefore not out of place for the journalists who have been working in close collaboration with Chief Superintendent Appiah to recognize his invaluable contribution to road safety in the region and to honour him.

In the words of DSP Olivia Adiku, the Public Relations Officer (PRO) of the Western Region Police Command, “it is the first time in the history of policing in the region for an officer to be given such a recognition and honour by the media”.

“Besides encouraging Chief Superintendent Appiah to do more, it will spur on the Command and the other officers to also give off their best, knowing that, their hard work, zeal and dedication to duty would not go unrecognized” the Western Regional Police Commander, DCOP Felix Fosu Agyeman said.

He said, “the police is ready to collaborate and work with stakeholders to protect life and property. However, the support of all including the media is needed to ensure effective policing”.

For his part, Mr Eric Papa Yaw Agyei of TV3 and the Administrator of the Western Region Road Safety WhatsApp Platform indicated that, “the speed with which Mr Appiah responds to enquiries, concerns and reports of traffic issues which enabled the media to serve the public will be greatly missed”.

Chief Superintendent Appiah who served the Western Region for six years as the Commander of the MTTD is heading to Bono Region as the Berekum Divisional Police Commander. 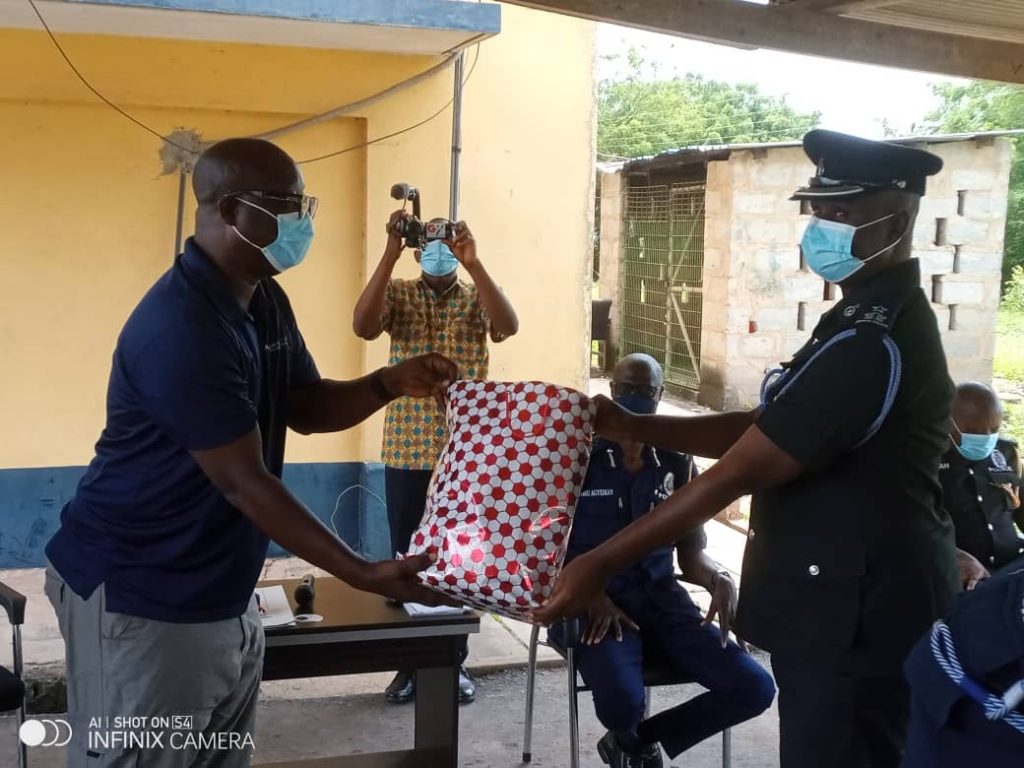 A pleasantly surprised and overwhelmed Mr Appiah who was honoured in front of his colleagues at the Regional Commanders weekly briefing at the Police Headquarters in Sekondi was very appreciative of the media for working closely with him to stem road crashes and other traffic related issues.

“I cherish this honour and recognition and promise to give off my best in whatever capacity and place the service sends”, he posited.